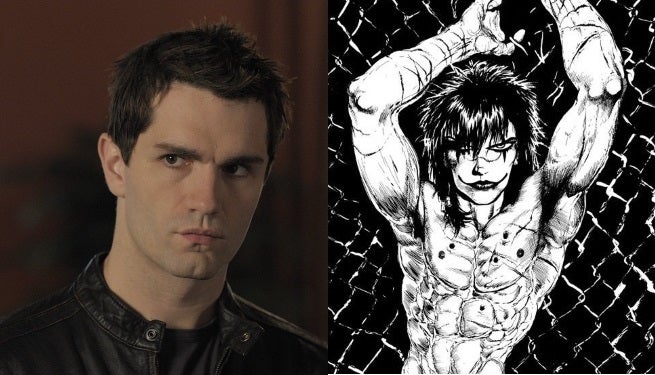 During a panel at Wizard World Madison on February 7, The Crow creator James O’Barr stated that he would like to see Sam Witwer take up the role of Eric Draven in the upcoming film adaptation.

According to Blastr, O’Barr was addressing the issue of Luke Evans departure from the film. Evans was slated to play Draven, but the option on his contract expired before filming could begin. Since originally signing on for The Crow, Evans has appeared in big budget films franchises like The Hobbit and Fast & Furious, and recently took the lead in Dracula Untold. As a result, when it can time to renegotiate his contract, the studio behind The Crow could no longer afford to keep Evans on board.

O’Barr went on to say that he is actively seeking Witwer as a replacement for Evans, and that they’ve been in contact. If he takes the job, The Crow would be Witwer’s first headlining role in a film, though he did headline four season of SyFy’s version of Being Human. He’s also appearing in The Mist, Smallville and Battlestar Galactica, and has done voice work for the Star Wars franchise, as both Starkiller in The Force Unleashed and Darth Maul in The Clone Wars.

Hopefully the new Crow, which O’Barr says is already $20 million in debt, will find its footing and begin filming soon.

The Crow Creator Wants Sam Witwer In The Lead Role