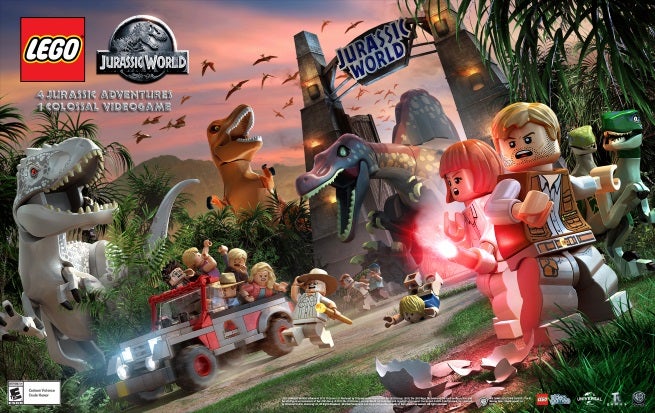 Warner Bros. Interactive Entertainment and TT Games has releasd the latest trailer for LEGO Jurassic World, the upcoming videogame that allows players to relive the biggest moment from the Jurassic Park franchise in LEGO form.

The new trailer puts the spotlight on the real stars of the franchise, the dinosuars: big dinos, tiny dinos, friendly dinos, angry dinos, flying dinos, battling dinos, goofy dinos, and – most importantly – playable dinos, over 20 different species of them.

LEGO Jurassic World is the first videogame where players can relive their favorite moments from the epic storylines of all four films in the Jurassic Park franchise, including the upcoming and highly-anticipated movie Jurassic World, reimagined in LEGO form and told in TT Games’ signature classic LEGO humor and fun, brick-building gameplay.

WB has also revealed the retailer exclusive pre-order bonus items for LEGO Jurassic World. They are:

Get your first look at these items in the gallery below.