Natsuki Takaya's Fruits Basket will be getting a rebooted anime adaptation that will be more closely adapting the original manga than the first anime outing, and the new reboot comes with brand new visuals and character designs.

With an all-new design and voice cast to go along with the new outing, it's hard not to be excited for the series' premiere later this Spring. The official website for the series helps this a bit by sharing new character designs for the series. 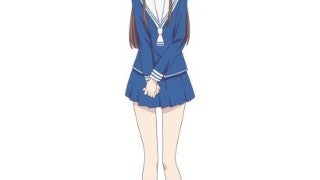 You can get a better look at the series' updated visuals in the gallery. The new character designs released for each of the new additions also include a hilarious look at the new takes on each of the Sohma family's Zodiac transformations.

Scheduled for a release in April 2019, the series will feature an all-new staff, cast, and visuals. With executive supervision from series creator Natsuki Takaya (who has given her approval for the new series), the new series will adapt the original manga more closely than the first 26 episode anime adaptation produced by Studio Deen 18 years ago.

Yoshihide Ibata is directing the series reboot for TMS Entertainment, Taku Kishimoto as series writer, and Masaru Shindo as character designer. Funimation has licensed the series for a release outside of Japan, so keep an eye on FunimationNow when the series fully debuts. There have been no details as to whether or not the remake series will debut an English dub alongside the Japanese release, but there's plenty of time for more of that news down the line.

Fruits Basket was originally created by Natsuki Takaya for Hakusensha's Han to Yume magazine in 1998. The series follows a sweet, young, orphaned girl named Tohru Honda who ends up living with a few members of the mysterious Sohma clan when shenanigans ensue. Things get out of control when Tohru learns the family has been cursed to transform into zodiac animals whenever they are hugged by someone of the opposite sex. Sworn to secrecy, Tohru decides to help break the cyclical curse, and the girl falls in love with a special someone along the way.

Bleach Makes a Wild Appearance in One Fan's College Class

Naruto Reveals How Far Kawaki Will Go For Boruto