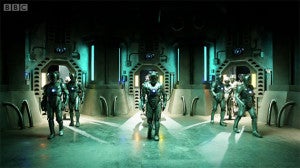 A new trailer has been released for the second Neil Gaiman-written episode of Doctor Who, due to air in the U.K. in a week. You can check it out below.

The Doctor faces new, even deadlier Cybermen in this action-packed episode by Neil Gaiman.

The episode is titled "Nightmare in Silver"  and will air on BBC One on Saturday 11th May at 7 p.m.

Beetlejuice 2 Fan Trailer Has Us Wanting the Real Thing

Uncharted Movie: Tom Holland Has Read the Latest Script and Loves It