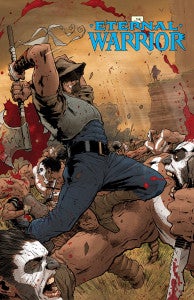 Valiant Entertainment have released an advance preview of the anticipated "Summer of Valiant" title Eternal Warrior #1, taking the supporting character from Archer & Armstrong into an all-new, ongoing series from writer Greg Pak and artist Trevor Hairsine.

Fred Van Lente has told us that it will be a while before we see Gilad in his title again, so it looks as though Eternal Warrior will have some room to grow outside of the shadow of the title he first (re-)appeared in, so what can we expect from Pak's new series?

You can check out what the publisher has to say about the issue below, along with the variant covers and preview pages. Click on them to enlarge.

Across ten millennia and a thousand battlefields, Gilad Anni-Padda has traversed the darkest, most mysterious corners of history. But the horror and bloodshed of constant warfare has finally taken its toll on the man myth calls the Eternal Warrior…and he has abdicated his duties as the Fist and the Steel of Earth for a quiet life of seclusion. But when a blood vendetta from the distant past suddenly reappears in the modern day, he must decide if he will return to the ways of war…for a child that betrayed him thousands of years ago…

Soldier. Guardian. Warrior. Legend. The Summer of Valiant's next smash hit series launches here on September 11th with an all-new entry point for the most acclaimed universe in comics. Start reading here when Greg Pak and Trevor Hairsine open an all-new chapter for the undying defender on the front line of it all in Eternal Warrior #1 – in stores September 11th!

For more information on Eternal Warrior and the rest of the Valiant Universe, visit Valiant on Facebook, on Twitter and at ValiantUniverse.com. 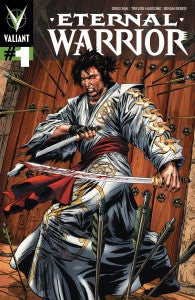 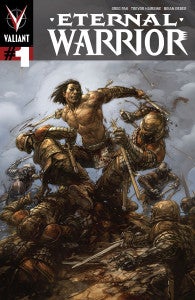 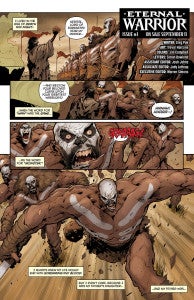 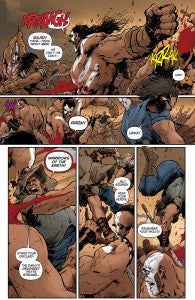 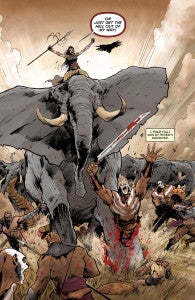 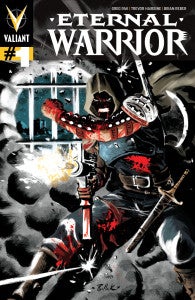