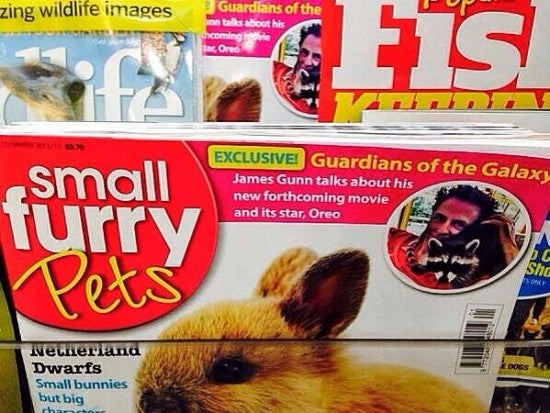 One of the least-repeated rumors having to do with James Gunn's adaptation of Marvel's Guardians of the Galaxy was that his brother, Gilmore Girls actor Sean Gunn, would play Rocket Raccoon in the film.

Which always struck us as odd, since James Gunn did confirm that his brother was in the movie, although he offered no further explanation of the potential role at the time. Given the persistence of some of the casting rumors (some of which turned out to be true and some not), it always seemed a bit odd that the Sean Gunn thing went by the wayside, but it's probably just that the Rocket role was rumored for a number of actors  at various times, almost all of whom were more well-known than Gunn, so perhaps it just made for a more interesting story to assume he wouldn't get it.

Well, James Gunn has clarified the Rocket Raccoon rumor--in an odd place. The director spoke with Small Furry Pets magazine (via CBM) recently--the first interview he's consented to since the end of principal photography, he told his Facebook followers. 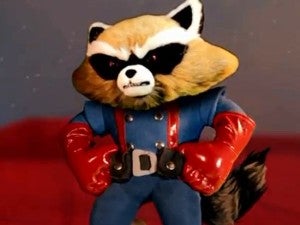 “We needed a raccoon to study how he looked and his behavior, so that our on-screen raccoon, which is generated through CGI will be realistic,” Gunn said. “Our Rocket is based on a combination of our voice actor, Bradley Cooper, our on-set actor, my brother Sean Gunn, the movements and behavior and look of Oreo, as well as my own animation… Bradley is one of those actors that can do drama and comedy equally well. He can do character work as well as being a leading man. These are important qualities in the role of Rocket – which is a lot more dramatic than you might think.”

The filmmaker elaborated on that last comment a bit during an interview with Empire, out this week.

"[Rocket] is most representative of the Guardians in the fact that he's this little mangled beast that was taken and experimented on and torn apart and put back together, and we have to feel that character’s soul," Gunn said. "If we see his plight, and see why he’s such an angry little guy, then the movie will work."