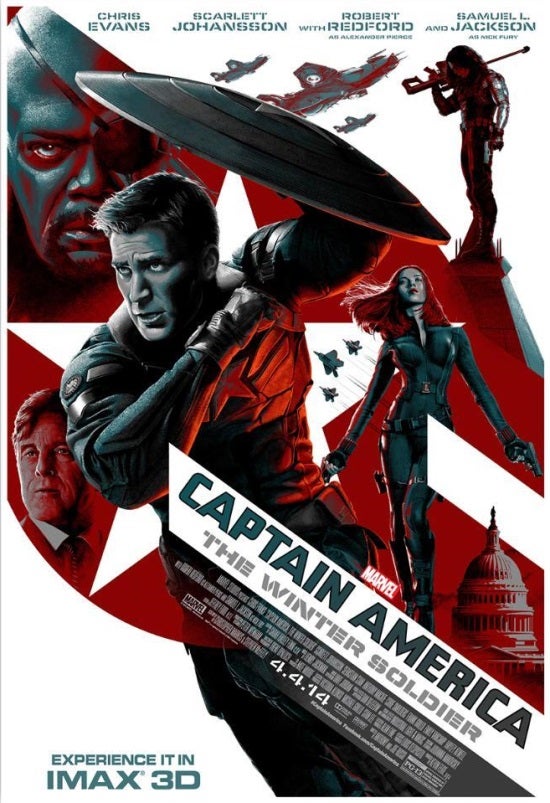 The poster is quite stylized, especially when compared to the other Captain America: The Winter Soldier move posters, even though it uses the same stock images of the characters as the others do. It looks modern, but still evokes the feel of the 1970s spy thrillers that the film draws much of its inspiration from.