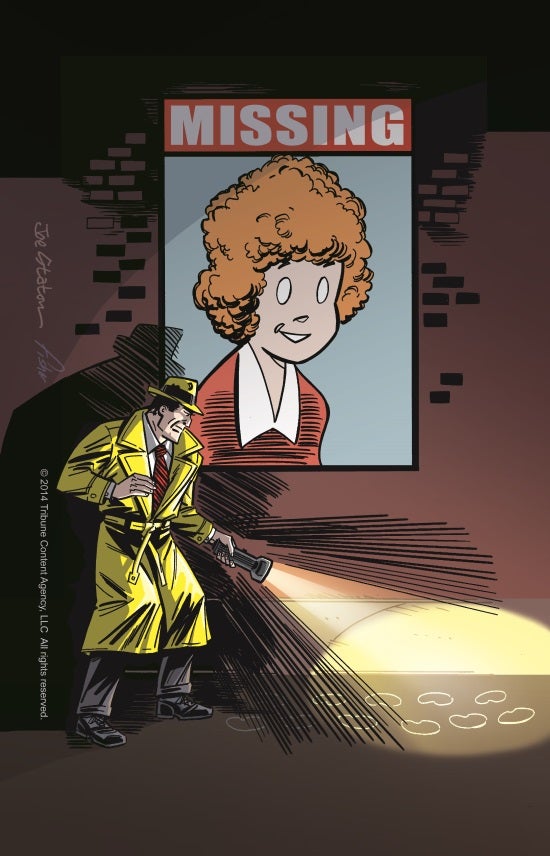 Fans of “Little Orphan Annie” have wondered, for several years, about the final fate of Annie, who was last seen in the clutches of “The Butcher of the Balkans” when the comic strip ended.

Fans can rest easy now because, after years spent searching the world for Annie himself, Daddy Warbucks has enlisted none other than Dick Tracy to find his missing girl. Starting June 1, the iconic detective will be personally investigating Annie’s fate in the “Dick Tracy” Sunday and daily comic strips.

“As a lifelong admirer of Annie, I felt the need to unravel her disappearance,” says Curtis. He and Staton have been the creative team on “Dick Tracy” since March 2011. Curtis’ previous work includes Harvey Comics’ “Richie Rich” and “Casper the Friendly Ghost.”

“Whether I’m working in the DC, Marvel or any other universe, it’s always a privilege to be standing on the shoulders of so many giants,” says Staton, who is best known for his work on “Green Lantern,” where he created characters such as Kilowog, Salakk and Arisia.

“Dick Tracy” was created by Chester Gould, and “Little Orphan Annie” created by his friend Harold Gray. Both are owned by Tribune Content Agency. “Dick Tracy” won the Harvey Award in 2013 for Best Syndicated Strip.

The Witcher Soundtrack Is Now Available