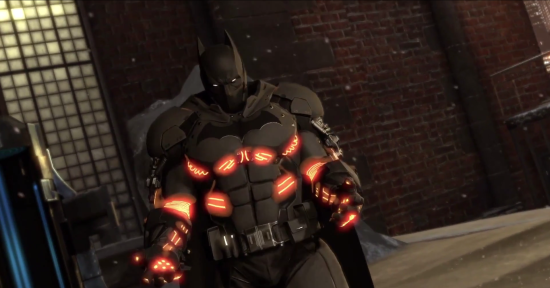 Cold, Cold Heart is set one week after the events of Batman: Arkham Origins. Bruce Wayne is throwing a “Humanitarian of the Year” award celebration when Victor Fries, a.k.a. Mr. Freeze, crashes the party. This event is the first time that Batman and Mr. Freeze cross paths in the Batman Arkham universe.

The DLC will feature several new gameplay tweaks, most notably a new Extreme Environment (XE) Batsuit that allows Batman to deal with the freezing technology that Mr. Freeze and his minions are packing.

The developers also revealed that Batman would be teaming up with another major character from the Batman Arkham universe. They didn’t reveal who that character would be, but they did say that “sparks would fly.”