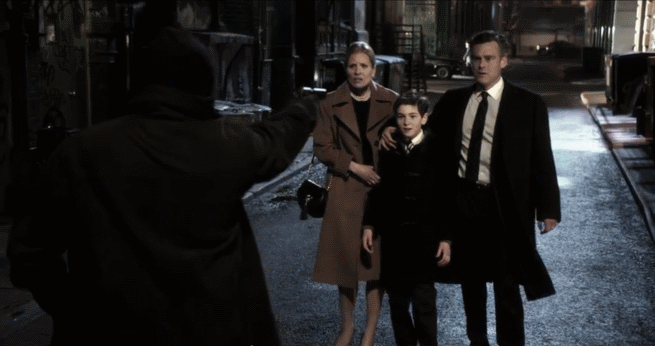 The advertisement focuses on Batman’s origin story, revisiting the murder of Thomas and Martha Wayne that leaves Bruce Wayne an orphan. Detective James Gordon can be heard offering comfort and encouragement to the young, mourning Bruce.

The biggest difference from Batman’s comic book origin is that Gordon and his partner, Harvey Bullock, will be assigned the Wayne murder case. Their investigation will be the driving force of Gotham’s First season.

Gotham will air Monday, beginning this fall, on Fox. The pilot will make its world premiere July 26 at San Diego Comic-Con International.