Leena Klammer is a woman suffering from hypopituitarism, after impersonating as "Esther", the missing daughter of Katie Mauerova and Richard Mauerova. Katie becomes convinced that it isn't her daughter, while Richard disagrees, believing that his wife is suffering from paranoia and hallucinating. Leena tries to separate them, causing some major problems to the family. But the couple was quick to discover Leena's dark past and murderous history, threatening her, Leena becomes outrageous, committing her "First Kill".

Everything Coming to Paramount+ in August 2022 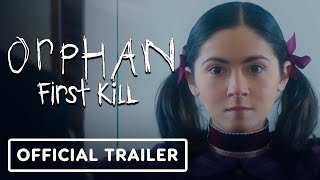