The new event series Doctor Strange: Damnation features Strange and his allies facing off against one of the greatest villains in the entirety of Marvel Comics: Mephisto, the Lord of Evil and Prince of Lies. This superhero-genre incarnation of the devil has proven to be a vexing foe for heroes as local as Spider-Man and universal as the Silver Surfer. He has also played a key role in Doctor Strange's own mystical rogues gallery, finding himself at odds with Earth's Sorcerer Supreme on more than one occasion.

This time, Doctor Strange has resurrected the city of Las Vegas (destroyed during the events of Secret Empire) and found that hell is literally coming with it. Now he's gambling against Mephisto in order to save the souls of all those lost with the city. "Damnation" serves as the starting point for a series of increasingly dangerous events building to the monumental Doctor Strange #400.

As this milestone approaches and Stephen Strange is forced to contend with many of his greatest foes, the question is raised: Who are the best villains regularly faced by Doctor Strange? Could any surpass the devil himself? We've narrowed the list down to a collection of truly classic Strange villains and expect many will be appearing in the comics or Marvel movies very soon. 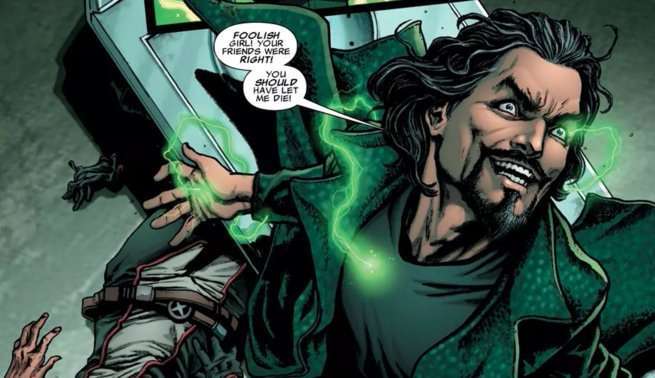 Baron Mordo is the dark reflection of Doctor Strange. They possess the same talent, ambition, and tutelage, but Mordo found himself less bound by the morals of a modern man. He allowed himself to be corrupted by the very forces that the Sorcerer Supreme must fight. This makes him a potent villain, perhaps Strange's greatest villain, in two ways: First, Mordo reveals what Strange might become and shows him to be one of Marvel's greatest heroes. Second, he is one of the most human villains in a setting filled with dark lords and ancient evils. Mordo is just as scary, but is driven by much more sympathetic motives. There's no villain on this list who gets to the heart of Stephen Strange better than Baron Mordo.

Dormammu is the inverse of Baron Mordo in many ways. He does not have to seek power as he is power. He does not rush his plans as he can take all of eternity to conquer life. He is not petty as his goals are overwhelmingly grand (and evil). Dormammu is a threat to Doctor Strange because he is a threat to all of reality. Their rivalry stems simply because Strange has persistently stopped him from destroying Earth and much of the universe. Dormammu, better than any other villain, illustrates the enormity of threats faced by Strange on a regular basis.

Nightmare blends the human and the immortal in a form that is equally frightening and amusing. His quests often involve gaining additional power to achieve the terrible goals that a godlike being such as Dormammu takes for granted. Yet his personality, inextricably intertwined to the fears of humanity, feels much more relatable. Nightmare has a twisted sense of humor and his convoluted machinations blend the surreality of The Sandman with the death traps of Batman '66. The results are always entertaining, but the threat he poses to the shared sanity of humanity is very real.

Umar takes all of the power of her brother Dormammu and provides it with a much more human face. She often shares in his dark goals, but never offers the unmoving, unquestionable fiery facade. As the mother of Doctor Strange's sometimes paramour Clea, it's clear there's some sort of reason or emotion in Umar to be understood. In this role she becomes both an anti-hero or more sympathetic villain at times. In a comic stacked with sprawling conflicts and ancient forces, Umar offers a valuable bridge.

Mephisto is a truly flexible villain as he can play upon the smallest of desires or grandest of ambitions. For this collector of souls, every new opportunity is worth exploring. That means he can combat Doctor Strange on a very personal level, toying with his friends or Stephen's pride, or as a universal conflict, posing problems for all of reality. That diversity of conflict makes Mephisto an all-time great Doctor Strange villain. He reveals the superhero to be both a relatable person and enormously powerful defender, often in the very same tale.

Morgan Le Fay ties Doctor Strange to one of Earth's greatest sorcerers of all time: Merlin. Her machinations and schemes have crossed centuries and show the true power of a magician filled with ill will. She has destroyed kingdoms and challenged all of the Avengers. Doctor Strange cannot simply overpower Morgan Le Fay, but must understand her often-obscured goals in order to do the right thing. She challenges him to be a detective as much as a superhero, and reveals another dark mirror for someone as powerful as Doctor Strange.

Shuma-Gorath is another implacable, ancient evil, much like Dormammu. However, he adds the additional twist of Lovecraftian horror. Dormammu at least bears some resemblance to man and can be reasoned with. Shuma-Gorathis pure terror, seeking only its goals of destruction and madness. Much like the Ancient Ones, it is a force of nature that precedes mankind. Even looking at this beast can drive some men to madness, making Doctor Strange's confrontations all the more heroic.

Created by: Gerry Conway and Gene Colan (based on Bram Stoker's character)

Dracula blends so many of the great elements of Doctor Strange villains. He is a threat to all of mankind, pure evil but with a human twist at his core, and far older and more powerful than Strange himself. In addition to all of that, he adds a key connection to literature and history. It's no wonder that the Marvel version of Dracula has regularly found himself battling with Doctor Strange. Even though he was originally conceived a century before Marvel Comics, he seems custom-made to do battle with the Sorcerer Supreme.

The 8 Best Doctor Strange Villains Ever