In The Dark Knight, during the fundraiser Bruce Wayne is having for Harvey Dent at his Gotham high-rise apartment, The Joker crashes the party. He's looking for Harvey Dent and demands the guests tell him where the district attorney is. What he doesn't know is that Bruce Wayne knocked out Dent and hid him in his panic room. As The Joker becomes more menacing toward the guests, Rachel Dawes bravely draws his attention — giving Bruce enough time to put on his Batman costume.

After The Joker finishes telling her how he got his grotesque scars (a different story from the last), Rachel punches him in the gut. Batman then appears and takes on Joker and his thugs. When it looks like Batman is going to be victorious, Joker scrambles for a gun and grabs Rachel. Joker shoots out the window behind him and precariously holds Rachel outside of it with one hand.

When Batman says with his gruff, masculine voice, "Let her go," The Joker literally does just that — dropping the assistant district attorney and begins to slide off the glass roof. Without hesitation, Batman leaps out the window, grabs Rachel, and they survive the fall by landing on a taxi.

To be honest, it is my least favorite scene. That's because it strays from the realistic feel that Nolan brought to the franchise, as gravity would never allow Batman to catch up to Rachel and there is no way the two would have survived that fall — even with his cape partially opening to slow their free fall.

Now, thanks to storyboard artist Stephen Forrest-Smith, we know that there was an alternate version of that scene. Its one major difference is that Batman uses his grappling gun to catch Rachel in mid-air, which briefly slows her fall; however, it still ends with them landing on a taxi.

Check out Forrest-Smith's storyboards by clicking on "Start Slideshow."

The follow-up to Batman Begins, The Dark Knight reunites director Christopher Nolan and star Christian Bale, who reprises the role of Batman/Bruce Wayne in his continuing war on crime. With the help of Lt. Jim Gordon and District Attorney Harvey Dent, Batman sets out to destroy organized crime in Gotham for good. The triumvirate proves effective, but soon find themselves prey to a rising criminal mastermind known as The Joker, who thrusts Gotham into anarchy and forces Batman closer to crossing the fine line between hero and vigilante. Heath Ledger stars as archvillain The Joker, and Aaron Eckhart plays Dent. Maggie Gyllenhaal joins the cast as Rachel Dawes. Returning from Batman Begins are Gary Oldman as Gordon, Michael Caine as Alfred and Morgan Freeman as Lucius Fox.

On $185 million production budget, The Dark Knight grossed over a billion dollars at the worldwide box office in 2008. 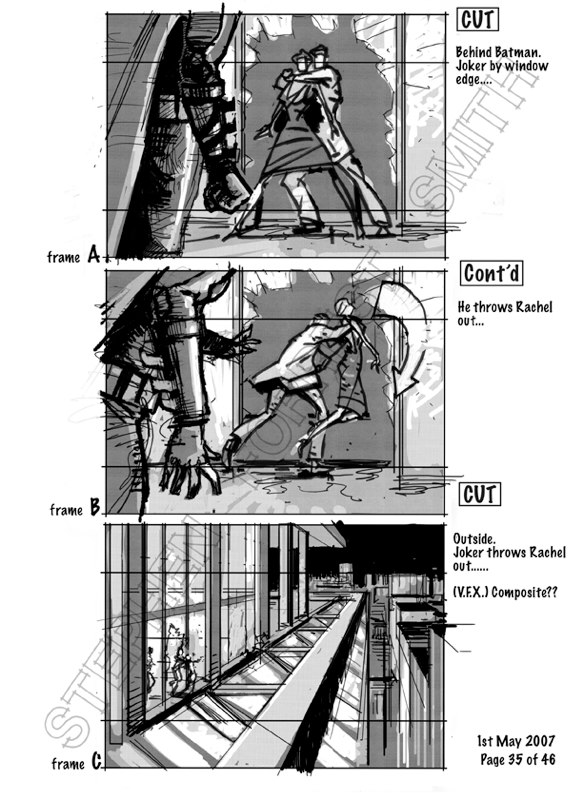 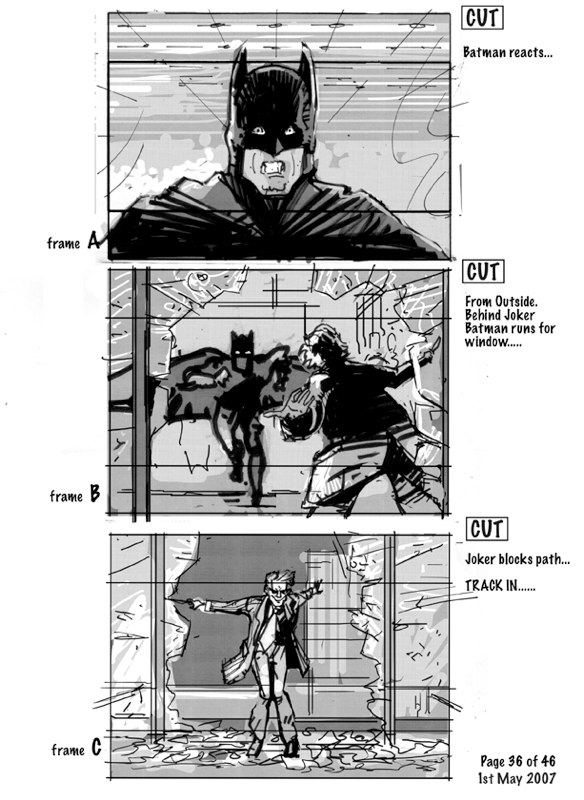 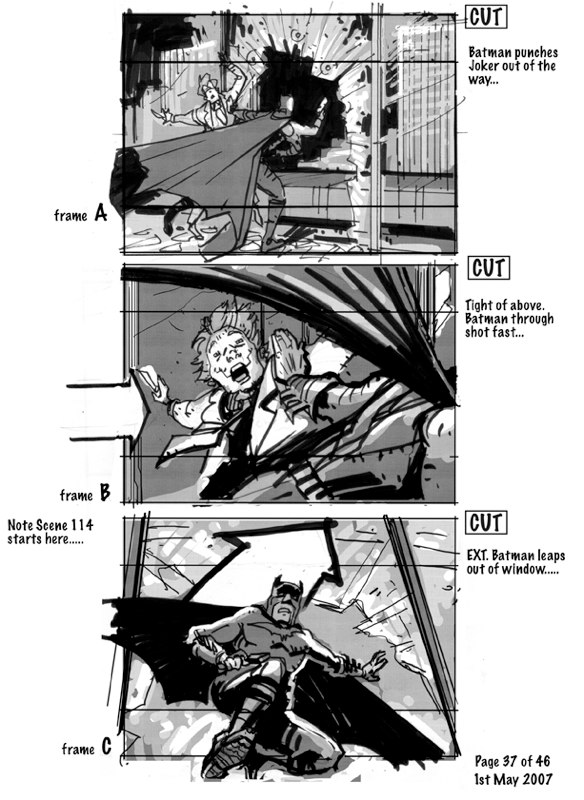 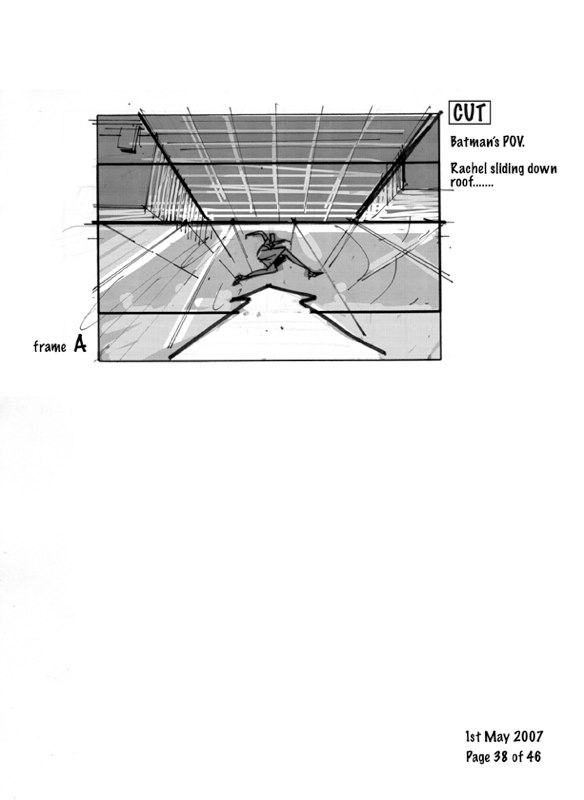 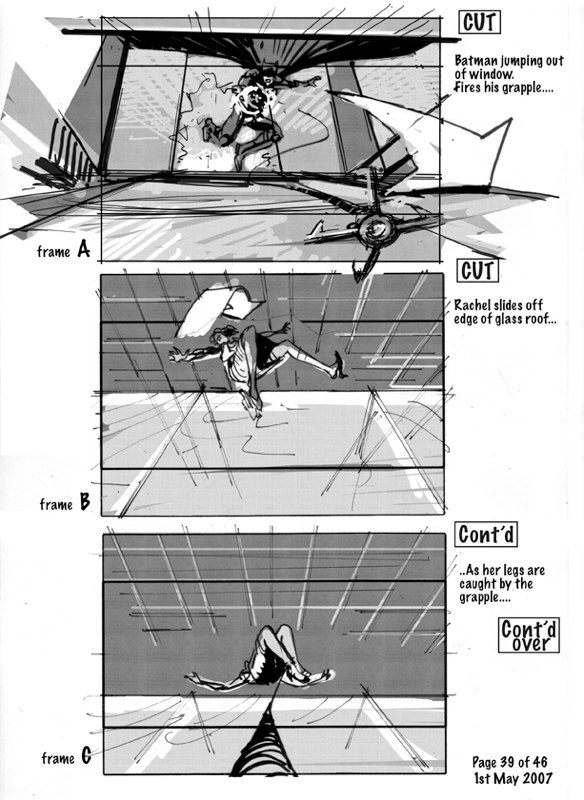 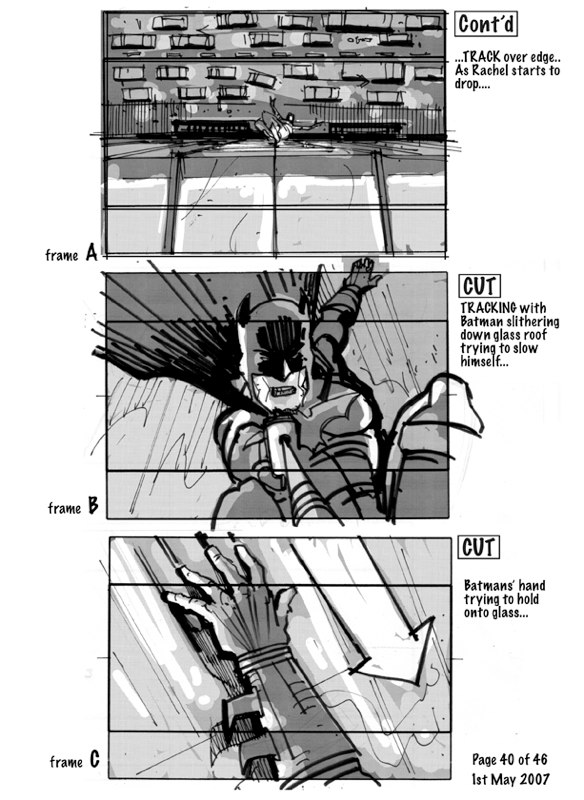 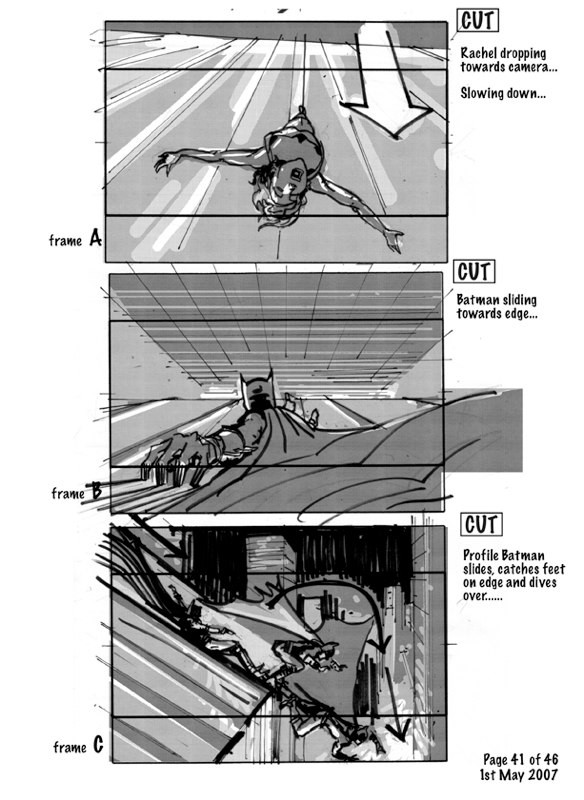 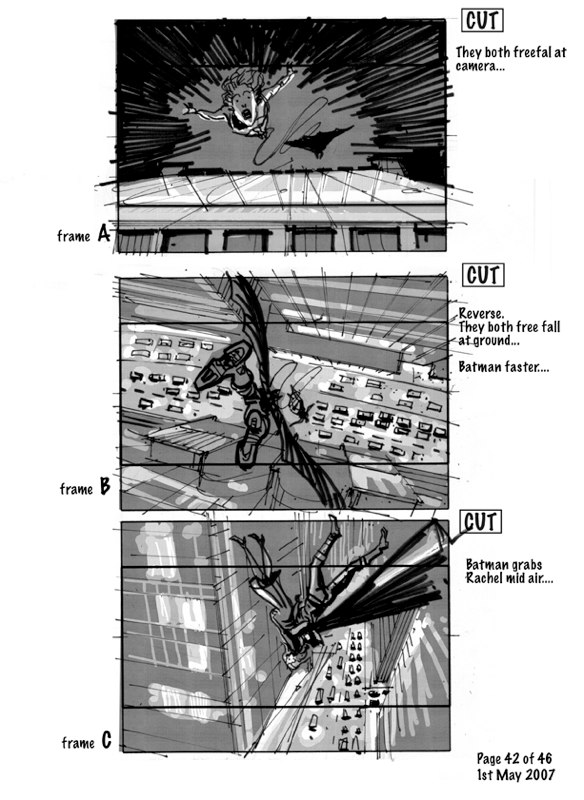 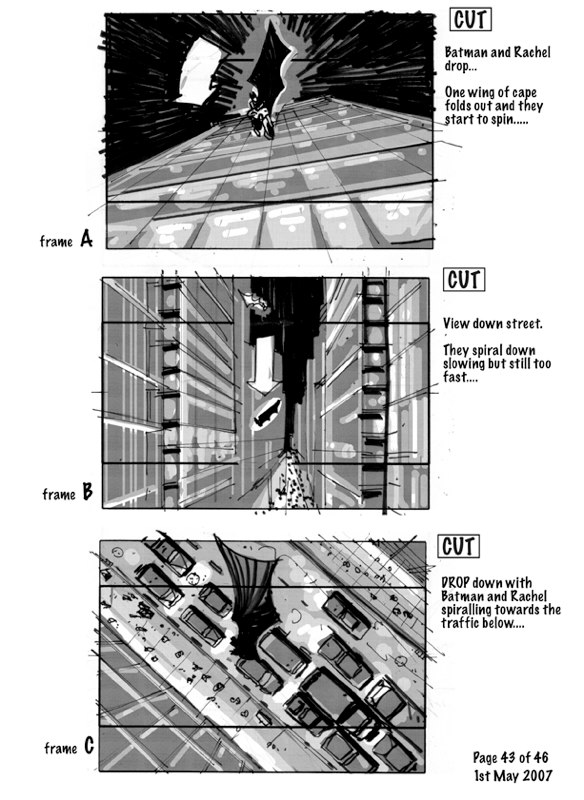 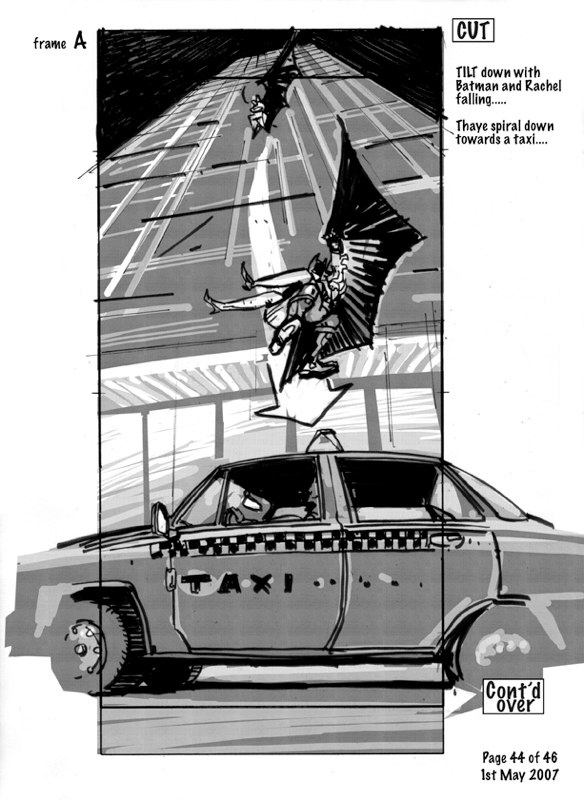 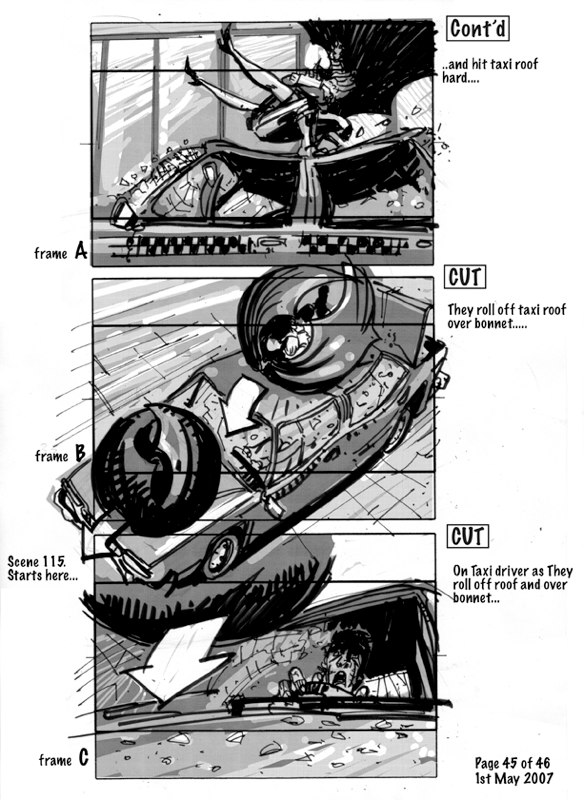 Alternate Version of Batman Rescuing Rachel in The Dark Knight