Warning: This article contains major spoilers regarding the film's ending. If you haven't seen Batman v. Superman: Dawn of Justice yet, do not proceed any further.

The key frame art includes images of The Dark Knight and the Man of Steel's knock-down drag-out fight as well as the climactic battle between Doomsday and DC's Trinity — Wonder Woman, Superman and Batman.

However, I especially enjoy Kovacs early concept art (head and 3D sculpt studies) for the Kryptonian creature, as we can see various looks the artist experimented with.

Click on the images below and select "view image" to see them in their highest quality. 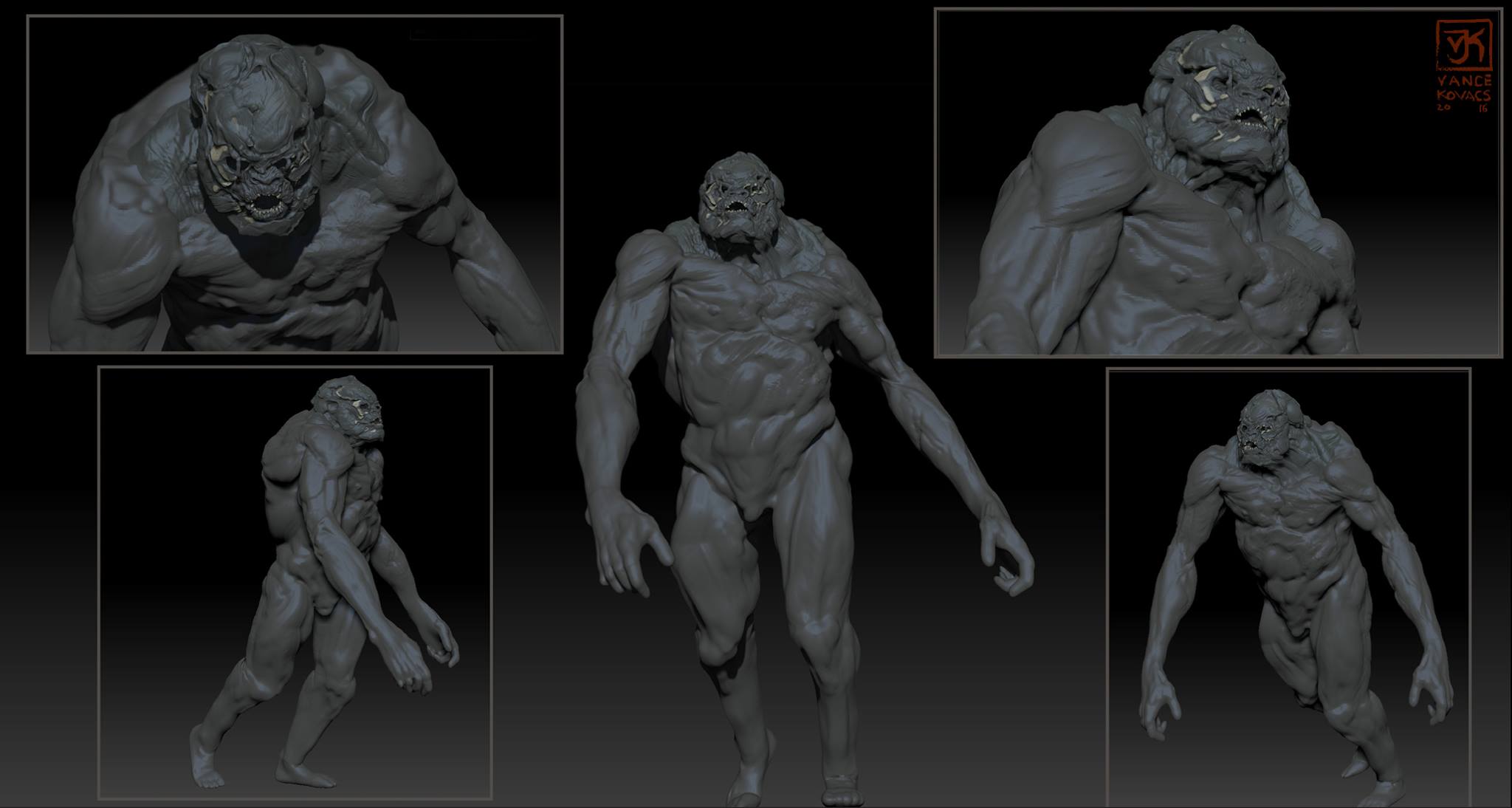 In Batman v. Superman: Dawn of Justice, fearing the actions of a god-like Super Hero left unchecked, Gotham City's own formidable, forceful vigilante takes on Metropolis's most revered, modern-day savior, while the world wrestles with what sort of hero it really needs. And with Batman and Superman at war with one another, a new threat quickly arises, putting mankind in greater danger than it's ever known before.

Neil Gaiman Chastised Sandman Star for Being Too Much Like Batman

AEW's Wardlow is a Huge Superman fan, but Didn't Plan on Man of Steel Shot

Why Batwoman and Legends of Tomorrow Were Cancelled Reportedly Revealed