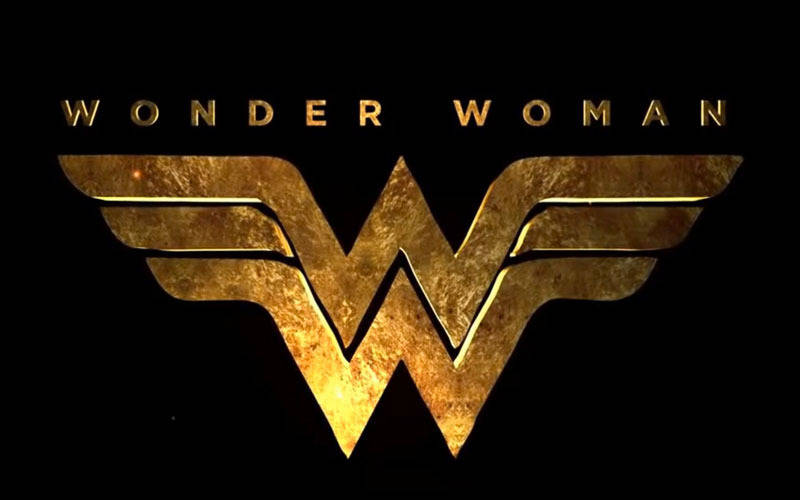 It's mind-boggling to think that it's taken this long to see a blockbuster female superhero movie, considering that the comic book movie shared universe trend is nearly a decade old, now. No superheroine stands out more than Wonder Woman, and her movie debut is long overdue; however, from the looks of the Wonder Woman trailer that premiered at San Diego Comic-Con 2016, the wait will have been worth it.

Director Patty Jenkins (Monster) and DC/Warner Bros. packed quite a bit of footage into this first trailer, so there is a lot to unpack. Here are the Top 5 reveals from the Wonder Woman trailer.

The Amazons of Themyscira

The DCEU has been carefully weaving together a historical mythology for its universe, in which Earth was once occupied by three main races: Humanity, The Atlanteans, and The Amazons. The latter are, of course, the main focus of Wonder Woman, and this first trailer introduces us to The Amazons, their home island Themyscira, and their warrior ways.

Besides seeing the architectural and fashion aesthetic of the Amazon world, we catch glimpses of important supporting characters like Queen Hippolyta (Connie Neilsen) and/or the militant General Antiope (Robin Wright). Finally, the scenes of Wonder Woman or her fellow Amazons doing battle with men of war, look pretty freaking spectacular. The Amazon world is as regal, fierce and beautiful as fans would expect.

The World at War

To those wondering where/when Wonder Woman takes place: you can now file away your curiosity. Batman v Superman gave us major hints about Wonder Woman's storyline, showing her standing with Steve Trevor (Chris Pine) and a group of warriors circa 1918, the same year that World War I ended. The Wonder Woman trailer reveals the circumstances behind that photo, and therefore our setting and context.

It's clear from the footage that the happenings of World War I combat land (maybe quite literally) Steve Trevor on Themyscira; though later scenes of The Amazons combating military soldiers suggest that Steve Trevor has either friends or foes pursuing him. In a larger scope, the film reveals that Diana Prince will in fact step into some real World War I combat situations, and will tour the world of early 20th century Europe, at a time before women even had the right to vote. A movie titled Wonder Woman will have plenty of relevant themes to mine from that setting, no doubt.

The Wonder Woman trailer shows us plenty of combat sequences between our heroine, her fellow Amazons and soldiers of WWI, but those glimpses actually misdirect us from a big question that actually goes unanswered: who is the main villain of Wonder Woman?

Rumors have swirled, of course: popular theories are that actor Danny Huston (pictured above) could be playing WWI German leader Erich Ludendorff and/or Ares, god of War; the trailer shot of a sinister woman in face prosthetics, played by Elena Anaya, has set off speculation that goes as far as pulling out obscure DC Comics villains like "Dr. Poison"; there's even word that the trailer contains an Easter egg for Enemy Ace, a deadly German pilot from DC Comics lore. The trailer teases much, but reveals little of the true threat Diana will face.

Like most superheroes who have lasted the test of time, Wonder Woman's origin story has had many revisions over the last few decades. Traditionally, she was created from a clay statue Queen Hippolyta prayed to have made flesh; but the most recent origin tale came our way as part of DC's "New 52" reboot in 2011, with writer Brian Azzarello revamping Wonder Woman's story to include the Greek gods and their mythology. In modern comics, Wonder Woman is the natural born demi-god daughter of Zeus and Hippolyta.

The Wonder Woman movie trailer drops several clues as to which version of the origin story we're getting. Short answer: it's a combo. In the DCEU continuity, Wonder Woman will have her Greek god connections, but like her classic origin story, it seems she was indeed "brought to life" (presumably from a statue form). One wonders if the themes surrounding that origin will resonate throughout storyline.

Wonder Woman is a famous enough superhero that certain things about her simply become iconic. Her costume is certainly one of those areas regulated by tradition - and as an extension of that, so are the weapons the Amazonian warrior wields.

Fans have already seen Wonder Woman's magic bracelets in action during Batman v Superman, and the more modern additions of a sword and shield to her arsenal also played well in that film. Of course, Wonder Woman was just a cameo presence in BvS, so finer details of her character - like her iconic golden lasso - got a lackluster debut. In this trailer, we see that Wonder Woman's weapons will indeed be impressive tools in her battles - though her shield is definitely different than the one she holds in BvS and Justice League. Maybe her new shield was a spoil of wartime victory?