The story of Wolverine's return continues this May in the pages of four new miniseries spinning out from The Hunt for Wolverine.

The story begins in April in The Hunt for Wolverine #1 one-shot. The story then continues in the pages of four series as Wolverine's past comes back to haunt the people he's closest to. Marvel promises that these four miniseries will call back to classic Wolverine stories from the past.

She-Hulk writer Mariko Tamaki and Butch Guice, the artist of Black Panther and the Crew, tackle the horror tale Hunt for Wolverine: Claws of a Killer.

Finally, Jim Zub, one of the writers of Avengers: No Surrender, and Spider-Man/Deadpool and Uncanny X-Men artist Chris Bachalo team for the "dark romance" Hunt for Wolverine: Mystery in Madripoor.

Despite taking on different genres and stories, each miniseries is said to interlock to create an epic overarching tale.

"I've been holding my tongue, just waiting to announce this project and team of ultra-talented creators," said series editor Mark Paniccia in a press release. "While these stories all reveal clues to the larger mystery behind Wolverine's return, the writers all have some pretty huge moments planned that will have X-Men fans talking and debating for some time to come." 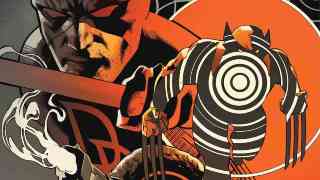 These series will feature characters from across the Marvel Universe, including Daredevil, Kitty Pryde Spider-Man, and Iron Man all trying to track down Logan and figure out the mystery of Logan's return. All of which is setting the stage for another major Wolverine story to come.

All four Hunt for Wolverine miniseries launch in May. Check out the attached gallery to see Greg Land's cover art for each series' first issues.

HUNT FOR WOLVERINE: CLAWS OF A KILLER (#1-4)
Written by MARIKO TAMAKI
Art by BUTCH GUICE