As Doctor Strange hits theaters and forces the creative minds behind the Marvel Cinematic Universe out onto the press tour, we're learning more and more about where the MCU is headed in Phase 3 (and beyond), especially with the big culminating event of Avengers: Infinity War approaching.

So far we've heard about new characters joining the Avengers to fight Thanos and the Infinity Gauntlet, and how a pivotal films like Doctor Strange plays into that cosmic conflict, and the upcoming events of Thor: Ragnarok. Now, we're hearing a rumor about how Thor 3 could directly setup the events of Avengers: Infinity War, and it's pretty major. 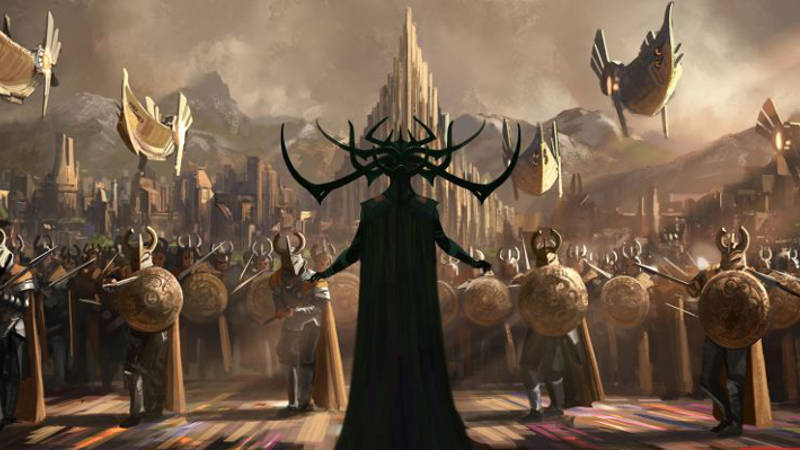 Vulture did an interview with Marvel's Kevin Feige, and which the Marvel Studios head touched upon the performance of Cate Blanchett, who plays the villain Hela, lord of the Asgardian underworld, in Thor: Ragnarok.

Fans have long speculated that an actress of Blanchett's caliber was brought in for even bigger things in the MCU than one performance. The prevailing theory is that Hela could actually be the MCU embodiment of Death, who is a personified entity in Marvel Comics, often appearing as a robed and hooded female.

When asked by Vulture if Blanchett will appear in Avengers: Infinity War Feige was his usual coy self, saying, "Anything is possible, but knowledge of the comics can be both beneficial to fans anticipating things, and also misleading. So you'll have to see."

He went to say that Blanchett's performance - even before any effects are layered in - is nothing short of "amazing." One could surmise, then, that Marvel would be inclined to keep her - a big actress putting 'amazing' performance behind a strong female villain character - in the fold.