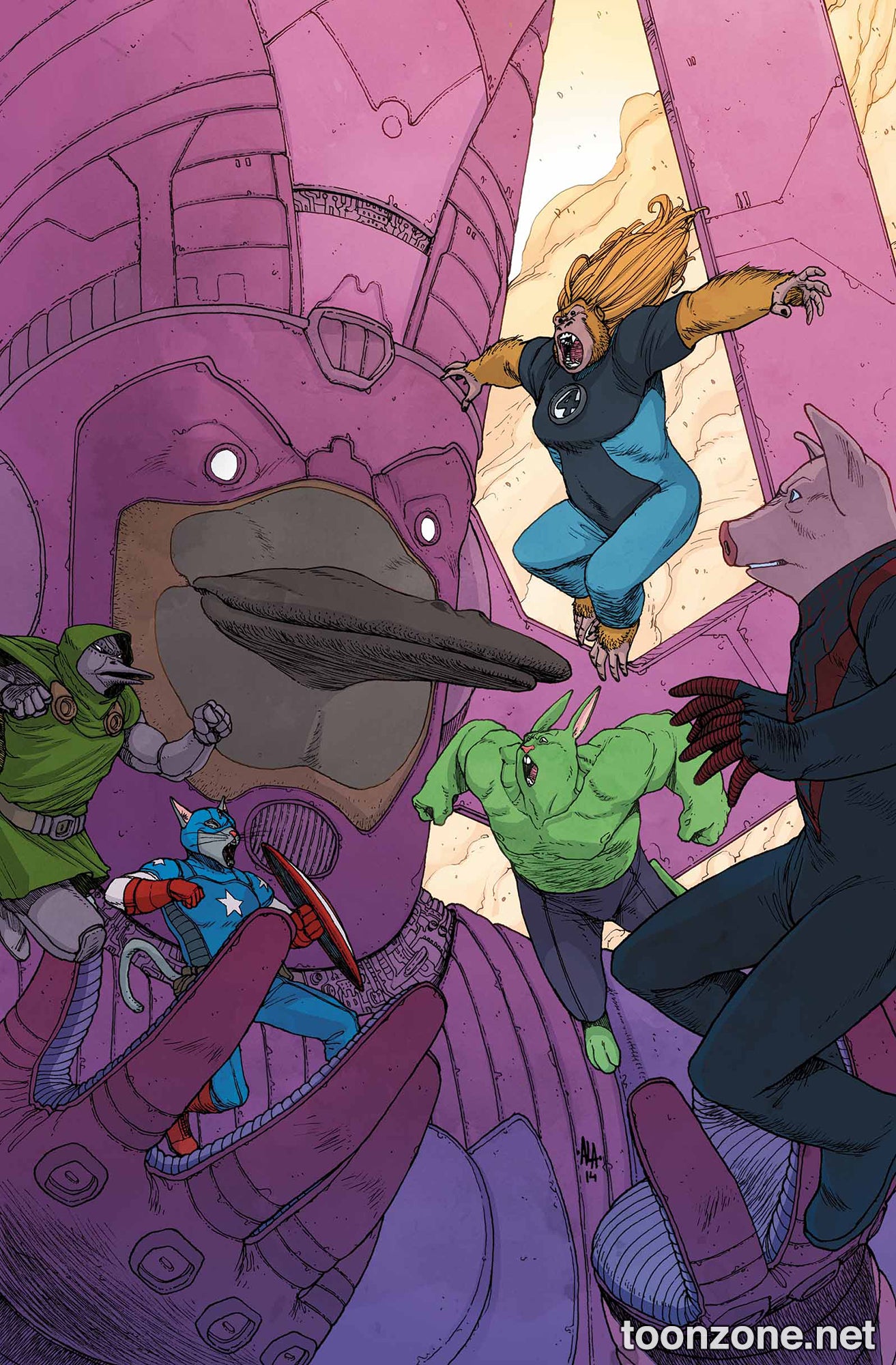 Marvel Comics will conclude Joshua Hale Fialkov's Ultimate FF with #6, due out in August, ComicBook.com has learned.

The solicitations text for Marvel Comics's September product were released earlier today with the conspicuous absence of Ultimate FF, a title whose August solicitation sounded like it could have been final if necessary.

That, coupled with rumors that both Ultimate FF and Fantastic Four had uncertain futures due to internal Marvel politics, led many fans to believe that the title might not be back in September.

The series featured Sue Storm/Invisible Woman, joined by Tony Stark (Iron Man), Sam Wilson (Falcon) and Machine Man. The series launched in April, and issue #3 is out this week. The sixth issue will be written by an as-yet-unannounced fill-in writer.

"Sad to say that UFF is finished with issue 6, and due to my illness last month, my last issue is 5," tweeted Fialkov. "Heartbroken but extremely grateful."

It's not the only All-New Marvel NOW title being cancelled; Avengers Undercover's September solicitation reads "final issue," as well. Ultimate FF will have lasted just long enough to fill out a trade paperback, though, and this was one of the publishers' "stealth cancellations," where "final issue" is not in the solicitation text. Retailers and fans tend to be more prone to ordering a comic that seemingly has a future.

Fantastic Four will double-dip in September, with a new issue as well as an annual that feeds into it. That story will feature Sue Richards going up against Doctor Doom in the hopes of getting her daughter Valeria out of Latveria.

Ultimate FF To End With #6