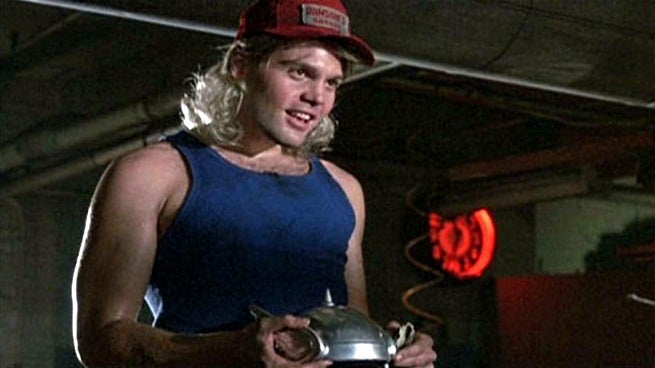 Marvel Comics' The Mighty Thor had a memorable screen appearance in the 1987 family comedy Adventures in Babysitting, in which the youngest of three kids being watched by a high school student had a fascination with the character and, eventually, saved the day by appealing to the sense of heroism and honor she sensed in a stoic auto mechanic who physically resembled the Norse god.

Let's forget for a moment that it wasn't actually Thor but Law & Order veteran Vincent D'Onofrio (now playing The Kingpin on Marvel's Daredevil) and focus on the now: The Disney Channel is making an Adventures in Babysitting TV movie!

Oh My Disney reports that the film will be titled Further Adventures in Babysitting, and that the story will be a reimagining of the '80s film. Written by Tiffany Paulsen (Nancy Drew), Further Adventures in Babysitting recounts a dull evening for two competing babysitters, Jenny (Sabrina Carpenter) and Luci (Sofia Caron) that turns into an adventure as they hunt for a kid who somehow snuck away.

So...probably no crazy guy with a hook for a hand, but who  knows?

Adventures In Babysitting Getting A Remake