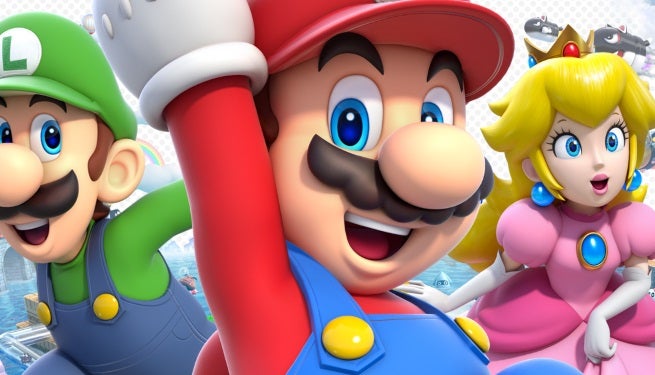 Yet another Sony secret has been revealed thanks to the massive hack job done on their servers: Sony Pictures wants to make a Super Mario Bros. animated movie, and Amazing Spider-Man producer Avi Arad is working on obtaining the film rights from Nintendo, according to BuzzFeed.

"I am the proud father of mario the animated film [sic]," Arad told Sony Pictures head Amy Pascal in an email dated Oct. 23, 2014, under the subject line "Mario."

He also forwarded Pascal two images: one of himself with Shigeru Miyamoto, the legendary video game designer and Mario creator, and the other of him with Nintendo CEO Satoru Iwata. The latter also included the message, "Happy ceo, lets get together, it's the mother load. [sic]"

Pascal then passed that email along to Tom Rothman, head of TriStar Pictures (a Sony subsidiary) with the added message "Avi closed Mario brothers. Animated."

And October 24 email to Sony Pictures Animation president of production Michelle Raimo Kouyate has Arad thanking her for a Mario Bros. merchandise basket that she sent to him.

Kouyate responded by saying, "Thank you Avi Let's build a Mario empire! I can think of 3-4 movies right out of the gate on this. So huge!"

However, after BuzzFeed's initial report was published, Arad responded to the site via email, saying that the deal was not closed, but that this was "just the beginning."

This isn't first brush with Hollywood for Super Mario Bros. A live action film was produced in 1993, starring Bob Haskins and Jon Leguizamo. The film was panned by critics and audiences alike.

So the real question now is, if those emails were only the beginning, are negotiations for a Super Mario Bros. animated film franchise still ongoing between Sony and Nintendo? We'll just have to wait and see.