In March, a new meme exploded onto Twitter and other social media platforms as part of the anticipation for Marvel Studios' new film Avengers: Infinity War. The studio was rightfully proud of the movie launching worldwide this week, given its large cast of characters and the many films that led to it. However, it's difficult for the Internet not to challenge any assertion with a cheeky attitude and plenty of sarcasm. The very first response came from Twitter user @thebobpalmer who responded to the idea that the new movie was "the most ambitious crossover event in history" with a photo of That's So Suite Life of Hannah Montana, a crossover of the Disney television series That's So Raven, Hannah Montana and The Suite Life of Zack and Cody. From there the meme exploded when hundreds of other iterations drawn from pop culture and history.

It made for a fun copyable tweet with almost limitless punchlines. However, just because the joke is good, that doesn't mean it's correct. Looking at the history of crossover events, not just in movies, but any medium, one cannot deny the incredible, unique nature of Avengers: Infinity War. As we prepare to witness this spectacle for the first time (and probably the second and third) this weekend, we think it's worth pointing out just why the movie really is the most ambitious crossover event in history. 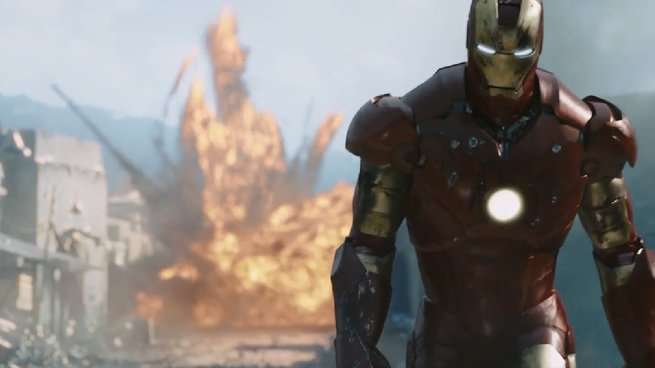 It's a Long Way to the Top

In order to understand just how big Avengers: Infinity War truly is, we have to start at the beginning. When Marvel Studios introduced their new shared universe on the big screen, it was clear they already had big plans. A post-credits scene introduced the character Nick Fury and plans for an eventual crossover to feature the Avengers. At the time this was only a pipe dream. There was no guarantee that Iron Man would succeed and Marvel Comics didn't have the funding to make a second film without its box office success. That didn't prove to be a problem though, and the studio quickly ramped up its plans to include franchises for The Hulk, Thor, and Captain America before being purchased by Disney.

When The Avengers arrived in movie theaters, the ambitions of Marvel Studios had not shrunk at all. In another startling post-credits teaser, they introduced Thanos and made it clear that an adaptation of the comics epic The Infinity Gauntlet was in the works. That moment took place in 2012, leaving a six-year runway to bring that plan together. It's a remarkable task guiding entire phases of films toward a distant goal post. Many franchises struggle to connect the dots of individual films successfully. Just consider the many iterations of horror classics like Friday the 13th, action adventures like Jurassic Park, or sci-fi epics like Alien. Sequels often take a few elements and make big changes for whatever can't be made to fit. Yet the Marvel Studios films have moved forward with a consistent plan and only minimal speed bumps, like the loss of Edward Norton as The Hulk and Terrence Howard as James Rhodes.

Those two casting changes clarify just how monumental the efforts to collect this enormous cast of 76 characters have been though. Norton and Howard were replaced by Mark Ruffalo and Don Cheadle, respectively, who each possess similar levels of star power. That only two actors have had contract breakdowns or conflicts of interest speaks to the management required to maintain a relatively consistent cast across multiple franchises. Bringing them together required an even more herculean effort.

When you look at any cast poster for Avengers: Infinity War, it is a who's who of stars in Hollywood today. Chris Evans and Robert Downey Jr. typically loom largest due to their central roles in the story, but even the most minor characters, like talking plants and animals, are played by stars like Vin Diesel and Bradley Cooper. There are no small roles or names in this movie, and Marvel Studios had to make all of their contracts and schedules worked together. An ordinary blockbuster, as much as any film exists, is already a massive undertaking. It requires producers and directors to manage budgets in the hundreds of millions while simultaneously guiding both live-action and CGI efforts to craft a final product that can barely be envisioned while shooting. Any fan of the summer movie season knows how these sorts of projects can crash and burn even when experienced individuals are involved. Marvel Studios is applying the largest possible scale and budget to Avengers: Infinity War while simultaneously adding too many actors and characters to make it worth listing them all. They have taken the concept of an event film and taken it to its most extreme possible conclusion.

The sheer size of the undertaking is what makes the ambition behind Avengers: Infinity War undeniable. The extensive plans required to reach this moment, the spectacular budgets and epic plots contained in its production, and the overwhelming cast of characters along with their A-list performers all add up to one impossibly grand equation. Even the most similar events in modern movie history, The Avengers and Justice League, don't stack up. By almost every metric imaginable the third Avengers film is pushing the boundaries of what is possible.

Calling Avengers: Infinity War the most ambitious crossover in history simply seems like paying the movie its due. It has earned accolades based on the pure logistics behind its existence. Imagining the trailers we have seen even after the first glimpse of Thanos in 2012 would likely have been impossible. If Marvel Studios manages to make this movie a home run, they won't simply have created the most ambitious crossover, but the most successful one as well. It's a fitting end cap to what began in Iron Man and took shape throughout the Marvel movies of Phase One. This franchise of films has grown beyond anything that preceded it and told a monumental story that might never be topped in terms of size and scale.

Why 'Avengers: Infinity War' Really Is the Most Ambitious Crossover Ever