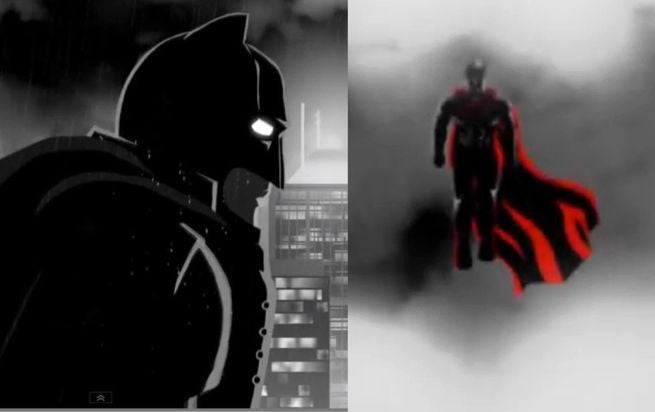 The Batman V. Superman: Dawn of Justice trailer, which was shown at 2014 San Diego Comic-Con International, has never been officially released online. In fact, Warner Bros. said it was just for Comic-Con attendees, so it's likely that it never will be released online in an official capacity.

There have been a couple low quality bootleg videos of the trailer surface online from time to time, but those are usually quickly removed from circulation by Warner Bros. Now, a Youtube user with the handle Free Will Revolution has recreated the trailer in animation so fans can get a better idea of the face off between Batman and Superman that was shown at Comic-Con.

Batman V. Superman Dawn of Justice is scheduled to be released in movie theaters on March 25, 2016.