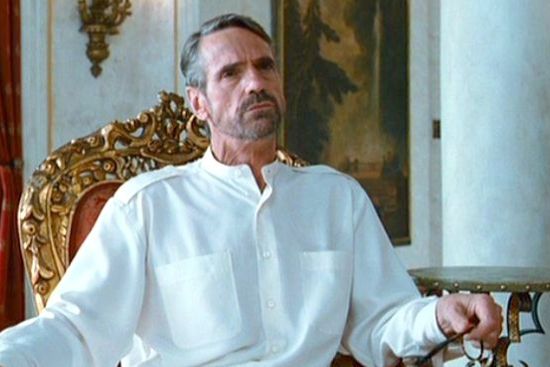 Jeremy Irons of The Lion King fame has been cast as Alfred Pennyworth in Zack Snyder's forthcoming Man of Steel sequel, tentatively titled Batman vs. Superman. "As everyone knows, Alfred is Bruce Wayne's most trusted friend, ally and mentor, a noble guardian and father figure," director Zack Snyder said. "He is an absolutely critical element in the intricate infrastructure that allows Bruce Wayne to transform himself into Batman. It is an honor to have such an amazingly seasoned and gifted actor as Jeremy taking on the important role of the man who mentors and guides the guarded and nearly impervious façade that encapsulates Bruce Wayne." But what kind of Alfred Pennyworth might we see? 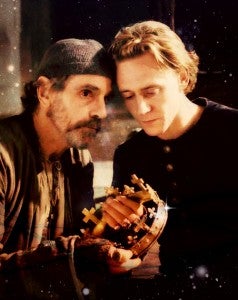 In more distant past, on both Batman '66 and then the Tim Burton/Joel Schumacher film series, Alfred was very much a gentleman's gentleman: elderly, quiet and with a sense of humor that was sometimes wry but rarely sarcastic, while Michael Caine took on a more fatherly role with Bruce in the Christopher Nolan films. Speaking his mind, teasing "Master Bruce" a little and ultimately leaving when he couldn't take the whole "Batman" thing anymore, Caine's Alfred was a very different take on the character--and was so rounded and interesting that it likely played a big role in getting somebody of Irons's caliber to take meetings for the role formerly known just as "Batman's butler." Fun fact: While Irons recently played monarch Henry IV in a miniseries on British television that co-starred Thor's Tom Hiddleston, the late Alan Napier (who played Alfred in Batman on television in the '60s) actually was related to former British Prime Minister Neville Chamberlain. Irons has a strength and authority to his presence that doesn't necessarily sit well with being "just a butler." It's likely that, again, a paternal side of the character may be in evidence when we see the way he interacts with Ben Affleck's Bruce Wayne, but it seems likely that the changes may go even deeper than that. In Geoff Johns and Gary Frank's Batman: Earth One, Alfred takes on the role of Bruce's guardian not after having been the family butler, but after having been a family friend and a former Royal Marine. A steely-eyed and layered interpretation of the character, Johns's rendition felt (as most of the Earth One material has so far) as though it was being written with an eye toward a screen adaptation. While that never happened with J. Michael Straczynski and Shane Davis's Superman: Earth One as many expected it to, the difference here might be Geoff Johns. 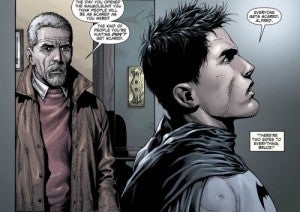 Johns, of course, is the Chief Creative Officer of DC Entertainment, and has been working for some time in their Burbank offices. If there's anyone better to feed ideas to Hollywood, or to guide the comics in the direction he knows Warner Bros. needs, I'd be hard-pressed to know who that is. When we first see him in Batman: Earth One, Alfred looks nothing at all like a butler; in fact, when we first saw unlettered preview art, I joked that he appeared to be an Armenian arms smuggler or the killer-of-the-week on Fox's Bones. It's a look, actually, that's pretty Irons-friendly, although it wouldn't necessarily have occurred to you when reading it through the first time. You can be darn sure, though, that scenes like the one at right will be reimagined by fans with Ben Affleck and Jeremy Irons in the roles, when Johns and Frank's Batman: Earth One Volume 2 finally hits. It's hard to picture why else they would get Irons, in fact, than going this route. The testosterone-and-violence-soaked world of a Zack Snyder movie is the perfect place for an Alfred who used to be Special Forces and wants to rumble into Metropolis and kick some ass as bad as Batman does. Particularly with a slightly older Batman (Affleck is 41 to Irons's 65), it seems a new relationship dynamic between the two seemed needed. Just copying what Michael Caine did in a critically-acclaimed performance would likely have served nobody, and after elevating the character to a significant personality, it's hard to picture them going back to a quiet and reserved old man in white gloves. Some of the most memorable Alfred stories seem very unlikely to pop up. Why bring in somebody like Irons just to put him at death's door, after all? And while the dynamic of having him torn between Dick Grayson and Bruce Wayne (if the reports of the pair being estranged are indeed true) could be interesting, the prospect of having him abandon Bruce (a la the post-Knightfall story that led to the first Nightwing miniseries in the '90s) would seem redundant. What could be interesting is to finally take on The Outsider, although that would have to be a solo Batman film. Lex and The Outsider--two human villains--wouldn't be much of a challenge for a combined Superman, Batman and Wonder Woman.

Batman vs. Superman's Jeremy Irons: What Kind of Alfred Can We Expect?