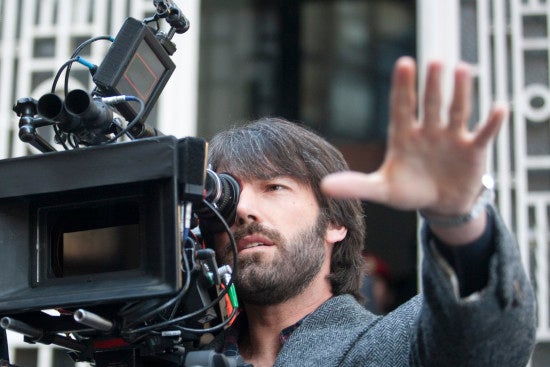 Ben Affleck, Don Cheadle and Clark Gregg will be presenting at the 20th Annual Screen Actors Guild Awards Ben Affleck is returning to the ceremony after receiving his first SAG Award last year for his role in the film "Argo", following two previous nominations. Affleck has, famously, been cast as Bruce Wayne in the upcoming Batman vs. Superman film. Don Cheadle is nominated this year for his role as Marty Kaan in Showtime's "House of Lies." He has been nominated for a SAG Award 10 times previously, and has won twice: once for his role in the film "Crash" and once for his role in "Traffic." He also has a recurring role as James Rhodes, a.k.a. War Machine, in Marvel's Iron Man films. Clark Gregg is best known for his recurring role as Agent Phil Coulson in the Marvel Cinematic Universe, most notably in "Marvel's The Avengers," before carrying the role over to the small screen in ABC's "Marvel's Agents of S.H.I.E.L.D." The list of presenters also includes stars such as Jennifer Garner, Tom Hanks, Jared Leto, Matthew McConaughey, and Kevin Spacey. The 20th Annual Screen Actors Guild Awards will air live January 18, 2014 at 8 p.m. EST on TNT and TBS.