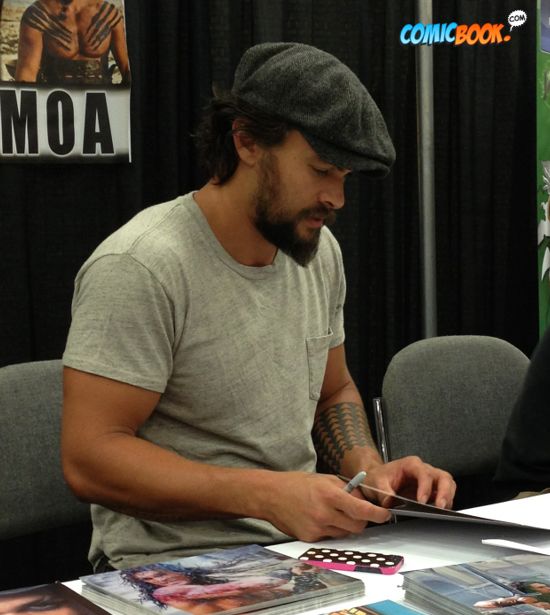 At a convention appearance in Bucharest (video embedded below via CBM), Game of Thrones star Jason Momoa laughed off the idea that he will play Aquaman in the upcoming Batman vs. Superman and Justice League films. "I couldn't even be more random for Aquaman, you know, with the blonde hair," Momoa said. "I don't even know where that comes from, it's like me being... uh... Robin or something. Who pulls that out? I see that on the Internet and I'm like, 'Aquaman? A guy like... Lobo I could see.'" Rumors that Momoa will appear in the technically-still-untitled Man of Steel sequel from director Zack Snyder have been rampant for months, with a number of different roles rumored at different times. The actor was almost cast in Marvel's Guardians of the Galaxy as Drax the Destroyer, a job that ultimately went to Dave Bautista. He did star in last year's comic book adaptation Bullet to the Head, where he battled against Sylvester Stallone. The film comes out in June 2016.