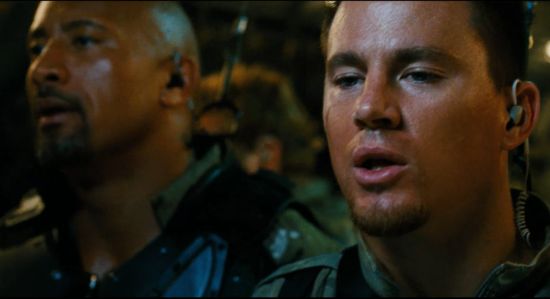 G.I. Joe Retaliation was originally supposed to be released this past summer, but the film was delayed to undergo 3D conversion. At least that was the official studio story. In the summer of 2012, there were a lot of high profile, big budget flops, and Paramount probably wanted a little more time to make some changes to make the film more appealing to general audiences. One of those changes appears to be the inclusion of more Channing Tatum, who has been emerging as a box office star with hits like 21 Jump Street and Magic Mike. The new trailer has more scenes featuring Channing Tatum, but he's not the only one to get highlighted. Bruce Willis is featured more than in previous trailers, so Paramount seems to be selling the movie with its stars. Probably a smart move on Paramount's part, because the film does have a lot of stars. G.I. Joe: Retaliation is scheduled to be released in theaters on March 29, 2013.