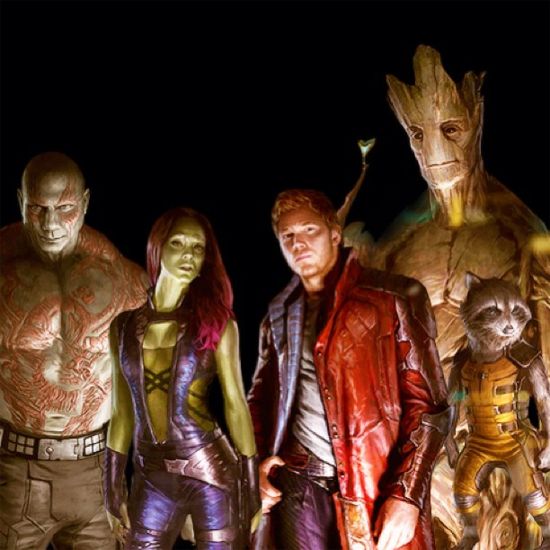 When Comicbook.com asked Michael Rooker if he signed a multi-picture deal with Marvel Studios as part of being cast in Guardians of the Galaxy, he joked with us that he signed a hundred picture deal. Even though Rooker was joking, he might not have been exaggerating by much, considering Chris Pratt's response when the Huffington Post asked him if he signed a multi-picture deal. "I think that's how it works for everyone. Yeah, they pretty much own me for as long as they want. [Laughs] Which, hopefully, will be a really long time," said Pratt. Whether Marvel Studios goes forward with a Guardians of the Galaxy sequel depends on the success of the first Guardians of the Galaxy movie, but it definitely appears as that is the direction that Marvel Studios would like to go. Just as no actor signs a one picture deal anymore, no studio plans for a one and done superhero movie. In addition to the possibility of a sequel, another big question about Guardians of the Galaxy is how much humor will be incorporated into the film, as the footage revealed at Comic Con drew a lot of laughs. In the same interview with Huffington Post, Pratt said, "I think it should be really fun. But, that being said, it takes the dramatic beats seriously. I mean, it takes itself seriously when it needs to. Just as a whole it doesn't take itself too seriously. But, it definitely takes it's dramatic moments seriously." Guardians of the Galaxy is scheduled to be released in movie theaters on August 1, 2014.