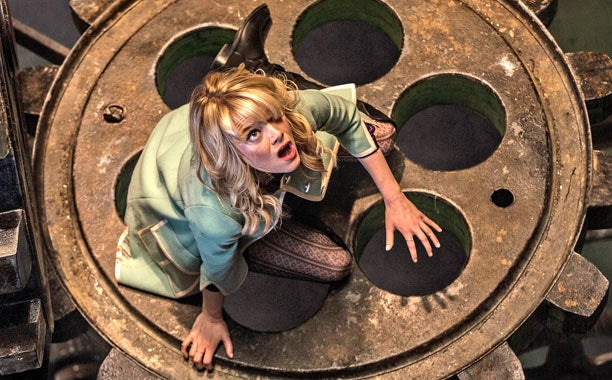 is reporting that Emma Stone's Gwen Stacy may return in The Amazing Spider-Man 3, which they claim is set to be an adaptation of the Clone Saga.

Here, have a grain of salt to take with that. We've got one here that's the appropriate size. 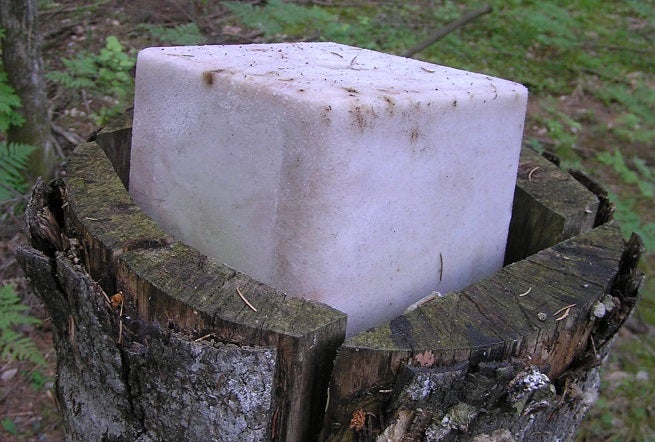 Since they don't cite a source and simply report that "rumors are circulating," it's likely nothing -- but everyone is picking up the story, lending it a veneer of credibility.

The thinking here would be that Stone, whose onscreen chemistry with Andrew Garfield has arguably been the best part of the Amazing Spider-Man films, would be an asset to the floundering franchise, that there's a ready-made way to bring her back in the comics and that, while the Clone Saga is mostly derided by the hardcore fans, casual moviegoers won't have any way of knowing that. The story has been discussed among the fan community as a possibility for exactly that reason -- as has the recently-introduced "Spider-Gwen" story.

Much of the Clone Saga was driven by The Jackal, a supervillain born when one of Gwen's college professors who had fallen in love with her spiraled after her death and cloned a replacement.

For more on how that played out, check out the video below.

The report also suggests that Spider-Man could join Captain America: Civil War or its fallout, presumably building on rumors that Sony and Marvel are trying to find a way to share the character. No new information is provided on that front, and they lead with the Gwen Stacy story, so it's likely they're just re-reporting the rumors and not intending to provide anything new or they'd say so.

Similarly, they claim that Miles Morales could be in the offing for the franchise, backed by a quote from Andrew Garfield which they say teases the possibility of a half-black, half-hispanic Spider-Man for the next film. The quote, though, is months old (we reported on it back then) and largely speculative, more "wouldn't it be cool if..." than "I bet they'll...".

All of these rumors have been around in some form or another for a while, and the fact that they're all being treated as viable is arguably, more than anything else, indicative that nobody outside of Sony seems to have any idea what their big-picture Spider-Man game plan is. The breakup of the Kurtzman/Orci writing team seems to have destabilized them somewhat, and while it's clear there's still quite a bit going on behind the scenes, the fact that they haven't made much of it explicit is contributing to a culture of rumor and wild speculation...and a media culture where it's often reported without much skepticism.