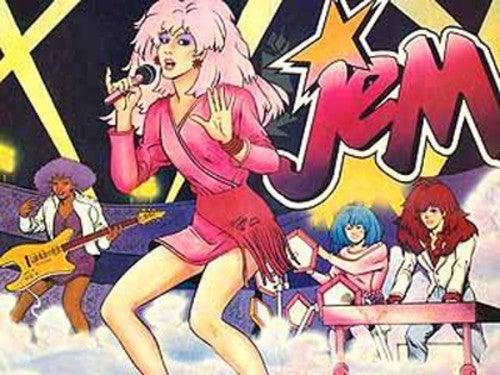 Terri Taylor, the casting director behind the John M. Chu-directed Jem and the Holograms movie, took to YouTube today to announce the first fans to have been cast in the film. Announced back in March, the film asked fans to audition for small parts, or to play backup dancers or singers. Among the first casting announcements is Nathan Moore, who will play the villainous henchman Zipper. His audition video has been released in full, and it's hilarious but...not safe for work. Unless you work in a place that's really preoccupied with nuts. With franchise projects like Veronica Mars and Blue Mountain State crowdfunding their budgets in whole or in part, the producers of Jem decided to take it the next logical step and ask fans not for their money, but for their talent and passion, casting a number of roles online. The process will reportedly mesh well with the reinvention of Jem and the Holograms from '80s-era arena rockers to a band that embraces technology and social media as Jem goes on a musical scavenger hunt around Los Angeles looking for a final message from her dead father. The film is expected in 2015 or early 2016, though no official date is yet set.