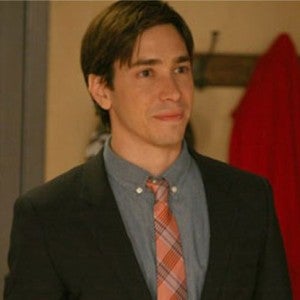 It looks like Kevin Smith has found his Walrus for his upcoming movie Tusk. The movie got its start from an online ad that offered free rent to a lodger who would dress up like a Walrus for two hours a day. Smith's take on the concept will revolve around a guy who actually goes about turning another guy into a human walrus. While it's been previously revealed that Michael Parks will play the landlord role, it had been somewhat of a mystery who would play the lodger, who dresses up like the walrus. While early rumors suggested that Smith wanted Quentin Tarantino to play the walrus roommate, it turns out that Justin Long has been cast in the role In an interview with Entertainment Weekly, Smith said, "Justin Long is the guy in the walrus suit. I needed a guy who has expressive eyes because once you're in that suit, you're covered. I reached out to Justin and he wrote back and was like, 'This is awfully scary but how can we not? Let's fall down this hole.' So it'll be Parks versus Long trying to answer the age-old question, 'Is man indeed a walrus at heart?'" Justin Long has appeared in numerous movies including Jeepers Creepers, Dodgeball, Accepted, Alvin and the Chipmunks, and Live Free or Die Hard. He has also appeared in several TV series including Ed, Unsupervised, and New Girl. Smith also revealed that he would start filming Tusk on October 21, 2013. He envisions the entire movie being made on "like $2 million and change." He hopes to premiere Tusk at Sundance in January.