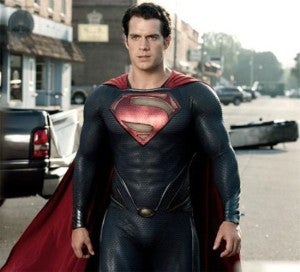 Back when Man Of Steel was getting blasted by many critics, Comicbook.com predicted that the movie would play much better with audiences, and we were right. Man Of Steel has received an A- from viewers on CinemaScore, which is an excellent rating. While critics seemed to harp on the fact that it wasn't the Richard Donner version of Superman that they fondly remembered, the general public seemed to be much more accepting of director Zack Snyder's new take on the Man Of Steel. Many critics had also complained that Man Of Steel had too much action, but audiences tend to actually like lots of action in their, you know, action movies. Casting also likely played a huge role in the public's positive response to Man Of Steel. Even the critics that panned Man Of Steel for the most part seemed to acknowledge great performances by Henry Cavill, Kevin Costner, and others. If audiences can relate to the cast and find a movie entertaining, then they will generally score it high. All the critical bashing might ultimately play to Man Of Steel's advantage. Viewers who enjoyed the film might feel more inclined to share their enthusiasm about the movie on social media in order to counter all the negativity from critics.

Man Of Steel Gets An A- CinemaScore