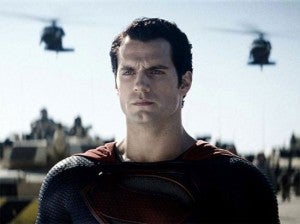 DC Comics will release a comic book timed to tie in with Man of Steel, the upcoming, Zack Snyder-directed reboot of the Superman film franchise due in June. Whether the comic will be set in the world of the movie or if it will be just a Superman comic branded to take advantage of the film's release is unclear; nothing official is even set yet, although DC Senior Vice President of Sales Bob Wayne was joined by DC's Vice President of Marketing John Cunningham revealed to Newsarama that the project is planned. The comics news site suggested it's likely that the comic will be officially announced at or around the ComicsPRO annual membership meeting taking place on February 21-23. They also speculated that Superman and/or Man of Steel might be incorporated into the DC Comics Free Comic Book Day release due out on the first Saturday in May. DC Comics did not publish a print tie-in comic or even an official ComiXology release to tie in with Christopher Nolan's Dark Knight Trilogy, opting instead to make only a digital-only prequel that was exclusive to Nokia Windows phones in the run-up to The Dark Knight Rises. The Green Lantern and Superman Returns tie-in comics were met with mixed reviews.