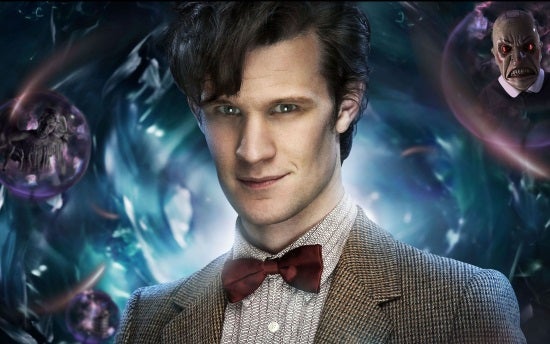 News recently broke that former Doctor Who star Matt Smith had signed on for a major role in the upcoming terminator reboot trilogy, beginning with Terminator Genesis. During a question and answer session at Wizard World Minneapolis this past weekend, Smith addressed the news for the first time. "The thing is, I've been implanted with a chip where, if I talk about it, my head explodes," joked Smith. "All I can say about Terminator is that I'm very excited to be part of the Terminator franchise because those movies – those first two movies, particularly – are brilliant. Yeah, it's very exciting." When asked about his first exposure to the Terminator franchise, Smith said that it went back to his youth. "It was the [James] Cameron movies," said Smith. "Anyone of our age has an affection for those films. It was like my childhood, seeing Arnold [Schwarzenegger] throw people from trucks." Smith will be part of a cast that includes Arnold Schwarzenegger (Terminator, Terminator 2: Judgement Day), Emilia Clarke (Game of Thrones), Jason Clarke, Jai Courtney, Dayo Okeniyi (The Hunger Games), Byung-hun Lee (Red 2, G.I. Joe: Retaliation), and J. K. Simmons (Spider-Man). Terminator: Genesis will be directed by Alan Taylor (Thor: The Dark World, Game of Thrones) and comes to theaters July 1, 2015.