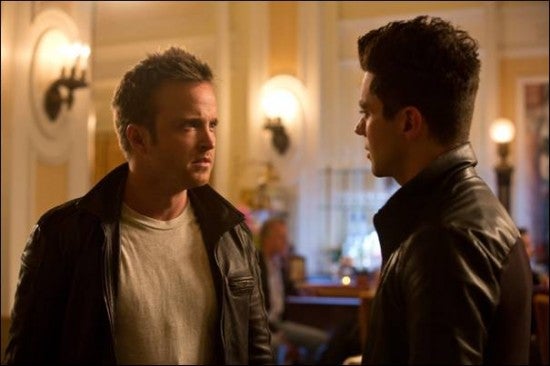 Over the last two days, Walt Disney Studios have released two new featurettes going behind the scenes of their upcoming video game adaptation Need For Speed. The first of the two, released yesterday, was called "Driving School," and gave fans a sense for what they had to do in order to train up the actors and to film the car chase scenes that comprise a huge percentage of the movie. The second, out today, is "An Introduction To Need For Speed," and gives fans what Disney thinks they need to know to be primed for the movie. Starring Breaking Bad's Aaron Paul, the film is due in theaters on March 14.

Aaron Paul learns how to race from the pros. Need For Speed opens in theaters March 14, 2014.#NFSMovie

Go behind the scenes of the Need For Speed movie starring Aaron Paul, Scott Mescudi and Dominic Cooper. Need for Speed opens in theaters March 14, 2014. #NFSMovie