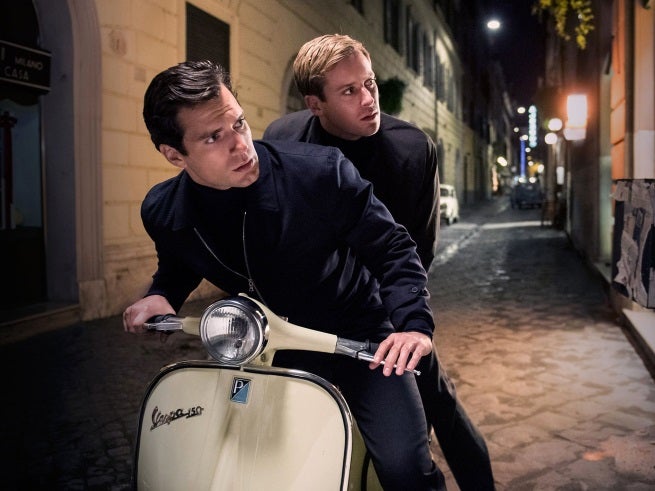 The features Henry Cavill as Napoleon Solo and Armie Hammer as Illya Kuryakin.

The Man from U.N.C.L.E. is based on the 1960s Cold War spy television series. The film is directed by Guy Ritchie, and will feature 1960s style and tongue-in-cheek humor.