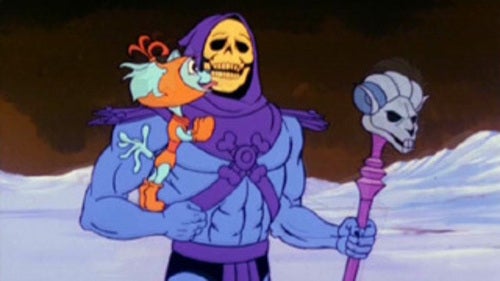 Kick-Ass 2 director Jeff Wadlow turned in a script based on the '80s toy and animation franchise Masters of the Universe on Christmas Eve, according to a tweet from Senior Vice President of Production at Columbia Pictures DeVon Franklin.

After an August podcast interview where Wadlow discussed work on the script, here's what Franklin had to say about the project back in November:

@Farafamgama @JeffWadlow is working 247, we'll have a draft into the studio for the holidays. By the power of Grayskull, this will happen! 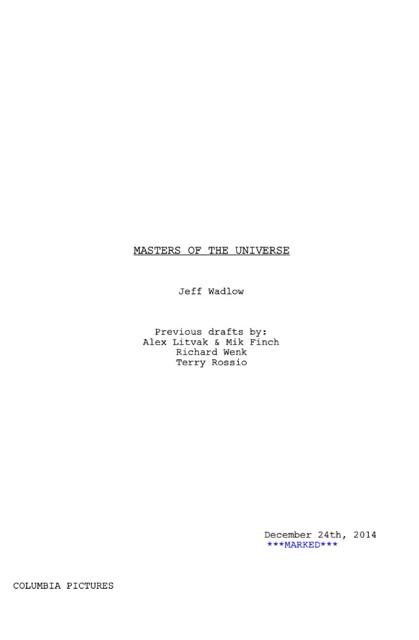 A follow-up inquiry from another fan went even further, with Franklin tweeting out a copy of the script's cover page to prove he has it.

You can see that, which identifies Wadlow as the writer with previous drafts from Alex Litvak and Mik Finch; Richard Wenk; and Terry Rossio, at right.

Wadlow was brought in to rewrite the project back in April.

No word on an official release date for the movie, which Wadlow is expected to direct, though no announcement has been made. Wadlow is also attached to a film adaptation of X-Force from Fox.

The film will be the second time a studio has mounted a live-action Masters of the Universe, the first being back during the '80s, when Gary Goddard directed a film starring Dolph Lundgren and Frank Langella. That film was a critical and commercial flop, but it's difficult to imagine that reflecting on a more contemporary adapation because one of its biggest weaknesses was straying far from the source material, creating a film that didn't feel like the property it was adapting.

The decision to remove Masters of the Universe from its own fantasy realm and set it on Earth in a squalid city has drawn comparisons to the equally-reviled Super Mario Bros. movie. With modern digital effects, one assumes that Eternia -- He-Man and the Masters of the Universe's fictional homeworld -- would be one of the big draws of the film.

New Masters Of The Universe Script Completed By Jeff Wadlow