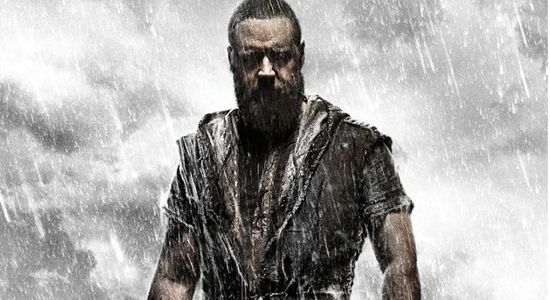 Paramount Pictures will append a brief disclaimer to future trailers and TV spots for their upcoming Russell Crowe film Noah after religious groups objected to the film taking liberties with the source material. The disclaimer will read, "The film is inspired by the story of Noah. While artistic license has been taken, we believe that this film is true to the essence, values, and integrity of a story that is a cornerstone of faith for millions of people worldwide. The biblical story of Noah can be found in the book of Genesis." The story as told in the Bible, of course, would not be long enough for a feature film adaptation without padding and tweaking, so once the film was announced, that much probably should have been obvious to all involved. That's true of many Biblical epics, though, and few of them have faced as much, or as fierce, criticism as has Noah, so the studio felt obliged to act. The reason the criticism has been so loud is that an organized Christian media watchdog group has taken aim at Paramount specifically over this film. The change was made after a number of individuals and smaller organizations came together under the National Religious Broadcasters, who proposed the disclaimer.

Paramount's vice chairman, Rob Moore, said in a statement that the studio was "deeply appreciative" to NBR for offering an amenable (no pun intended) solution. "Our goal has been to take every measure we can to ensure moviegoers have the information they need before deciding to buy a ticket to see the film. We are very proud of [director] Darren Aronofsky's Noah. We think audiences all over the world will enjoy this epic film."

Jerry A. Johnson, the CEO and president of NRB, issued a statement on behalf of his organization, thanking Paramount for "striving ... to strike a proper balance between artistic creativity, character development, and honoring the sacred Scripture," adding, "Many people will go to this film and enjoy it."

A graphic novel tie-in to the film written by Aranofsky and featuring art by Pride of Baghdad's Niko Henrichon, will be released from Image Comics on March 19.

Noah Trailers To Include Disclaimer After Pressure From Religious Groups