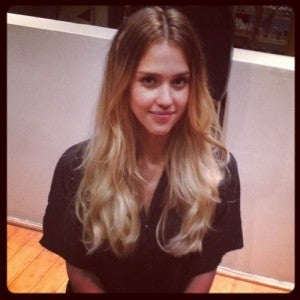 Top-lining actress Jessica Alba, who plays Nancy Callahan in Sin City: A Dame to Kill For, took to the salon yesterday to dye her hair for the role--and from there moved on to the shooting range. "She got roots that Nancy," tweeted Alba, posting the picture at right of her new do, much to the appreciation of her Twitter followers. Alba's Nancy is said to be a central figure in A Dame to Kill For, the sequel which is reportedly an adaptation of Frank Miller's graphic novel of the same name, with additional new material created for the screen contributed to the script by Miller. The film will be written and directed, as was its predecessor, by Frank Miller and indie film superstar Robert Rodriguez. Alba, no stranger to the fury of comic book fans scorned by a bad sequel (Fantastic Four: Rise of the Silver Surfer, anyone?), is taking the role pretty seriously, and her day didn't stop at the stylist. Shortly thereafter, she posted a second pair of Instagram photos, this time of herself at the firing range with a revolver. "What a way to start the day - training for a movie is sorta fun," tweeted the star. Sin City: A Dame to Kill For will star Alba, Mickey Rourke, Clive Owen, Rosario Dawson and more coming back from the original film as well as, more likely than not, a handful of A-list stars looking to join in the fun. It's slated to be in U.S. theaters on October 4, 2013. 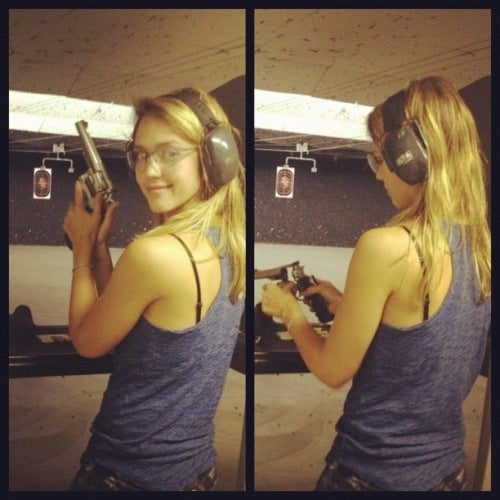