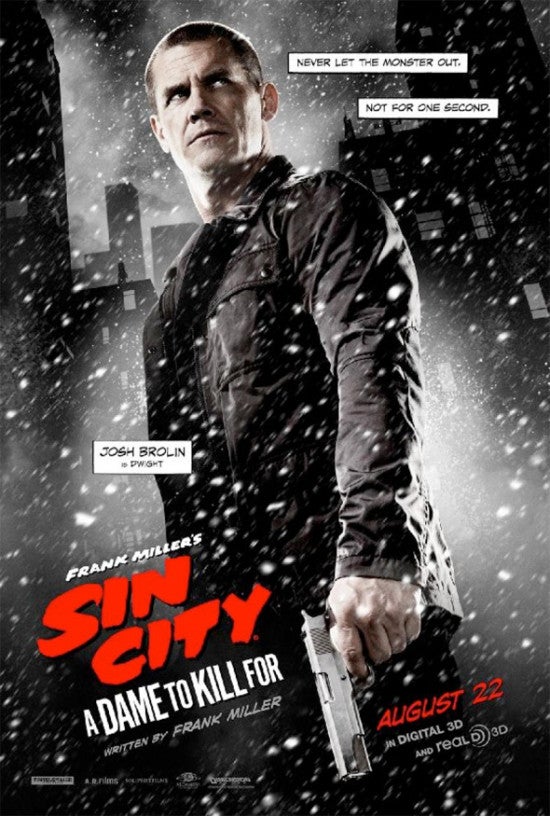 Major promotion for the long-in-development sequel Frank Miller's Sin City: A Dame to Kill For apparently kicked off today, with five new posters popping up all over the Internet. Over at MTV News, we got a first look at Rosario Dawson as Gail in the film; IGN brought us Jessica Alba as Nancy Callahan; EW has Joseph Gordon-Levitt as Johnny; IMDb got Josh Brolin as Dwight, the character played by Clive Owen in the first film; and Fandango got Mickey Rourke's Marv. Plot details on the film are scarce; half of the movie is based on A Dame to Kill For, an existing Sin City comic book story, while the other half is reportedly original material based on an as-yet-unpublished Sin City graphic novel...but we all know how well that worked out for Frank Miller with 300: Rise of an Empire (we're still waiting on the release of the Xerxes graphic novel on which the screenplay was ostensibly based). You can check out the images above and below -- and the official synopsis below to get a little feel for the film, which debuts August 22. Co-directors Robert Rodriguez and Frank Miller reunite to bring Miller's visually stunning Sin City graphic novels back to the screen in Sin City: A Dame to Kill For. Weaving together two of Miller's classic stories with new tales, the town's most hard boiled citizens cross paths with some of its more notorious inhabitants. Sin City: A Dame to Kill For is the follow up to Rodriguez and Miller's 2005 groundbreaking film, Frank Miller's Sin City. 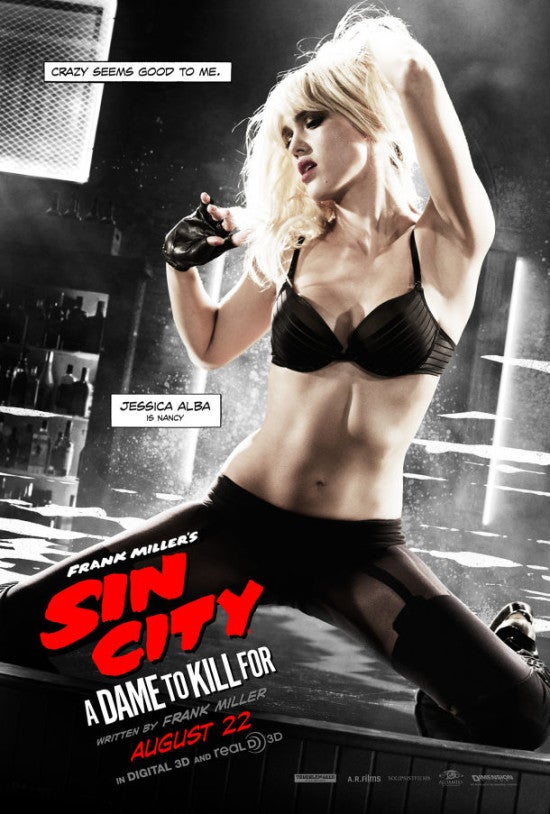 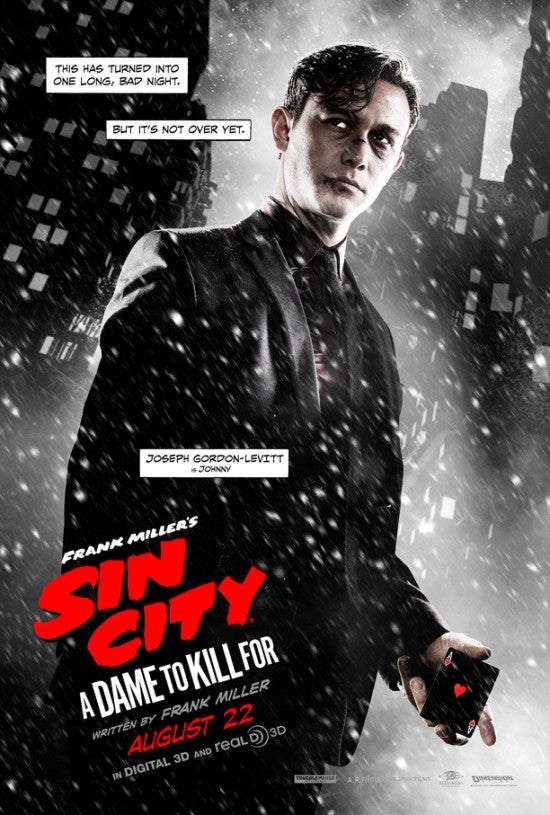 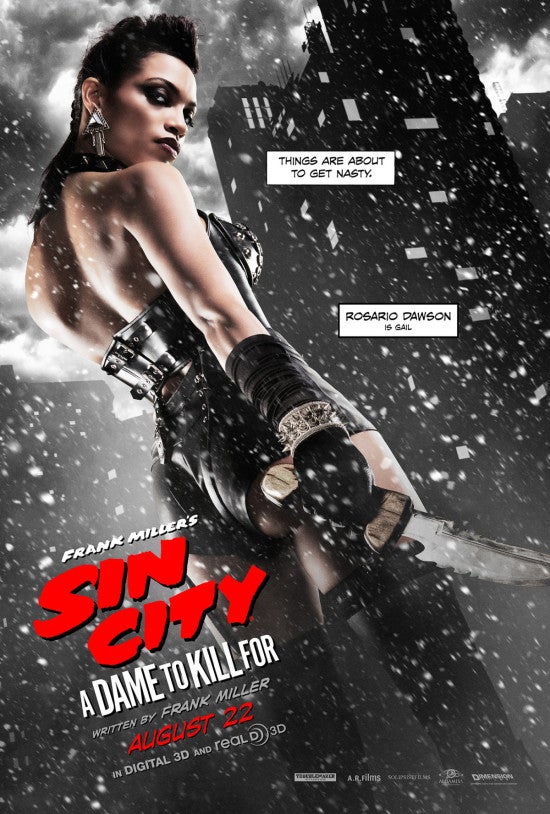 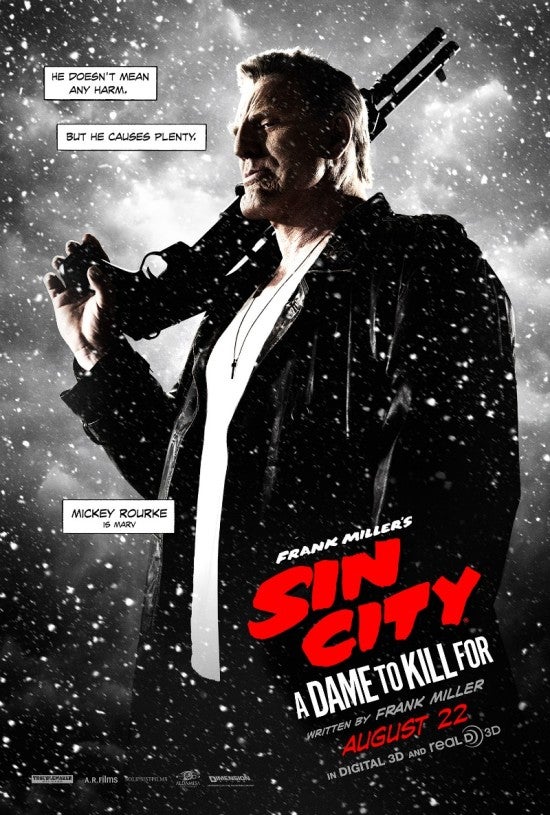 Sin City: A Dame to Kill For Character Posters Released