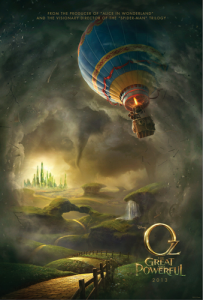 While most of the principal players from Sony's original Spider-Man trilogy have either said nice things about Marc Webb's recent reboot The Amazing Spider-Man or plead the Fifth, James Franco (who played Harry Osborn in the Sam Raimi-directed films) isn't impressed. "Eh! I mean, they could've strayed a little bit more from the original," Franco told MTV. "It's like...'why?'. Guess they made a lot of money. Okay, congrats. But good for them. Sam and I moved on, we made Oz." Franco's remarks embody the problem with adapting such a beloved and iconic property again so soon after the previous series concluded; while fans generally would jump to agree that the first films in the series are too similar and need more to give them their own identities, there would be just as much outcry if Webb had dared change any more than he already did from the original source material, which Raimi was remarkably true to in many ways. Some of the personal touches that Raimi added, most notably the organic webshooters, actually were removed in the Marc Webb version, which focused more on Peter as a tortured orphan, with his father-son role with Uncle Ben somewhat less strong than it was in the Raimi film. The actor is currently the lead in Disney's Oz, the Great and Powerful, which reunites him with Raimi and sees him starring opposite Mila Kunis, Michelle Williams, Rachel Weisz and Zach Braff. The movie is due out March 8. A sequel to The Amazing Spider-Man is planned for next year.

Spider-Man's Franco Is Not Impressed With Amazing Spider-Man