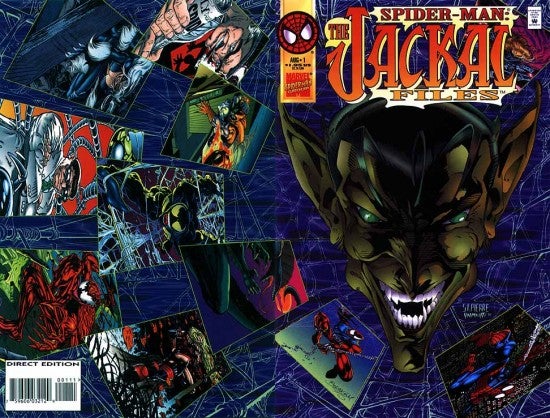 The name of a key player in the controversial "Clone Saga" storyline from Spider-Man comics in the 1990s appeared in the most recent blog at The Daily Bugle, The Amazing Spider-Man 2's viral marketing website. The number of Spider-Man's friends and foes who have appeared on the blog is starting to get too large to count, and certainly too large to assume that all of them will appear onscreen in the upcoming sequel--but somebody could probably make a pretty respectable attempt at figuring out who would be best suited to going up against Spidey versus who might be a good fit for a Sinister Six or Venom movie, the two spinoffs Sony has already announced. Here's the entry: It's either a sign of the times or a sign of the apocalypse... Manhattan's Empire State University announced a new class for the 2014 fall semester in advanced biogenetics that will actually require the successful cloning of a living creature. Introduction to Live Cloning, taught by noted geneticist Professor Miles Warren, is the first class of its kind anywhere in the world. When asked about the ethical aspects of teaching a class on how to clone living cells, Warren said, "Our responsibility is to educate our students and prepare them for life. For those who study genetics or biology, cloning will be a fact of life." The ethical aspects of cloning are irrelevant to Warren, who added, "We are cloning single-celled amoeba. Maybe one day we'll work our way up to mice. There is no ethical dilemma. Save your red flag for when I start cloning co-eds..." It's Warren, of course, who was ultimately transformed into a supervillain known as The Jackal, and who kicked off The Clone Saga and manipulated many of the events surrounding the story.