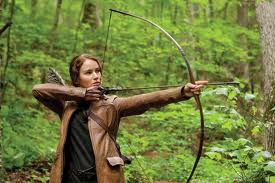 Heads up, Chinese folks: the juggernaut that is "The Hunger Games" is headed to a theater near you.  Lionsgate announced that the massively successful film, based off the Suzanne Collins bestseller of the same name, will hit theaters in the first half of June in both dubbed and subtitled versions. Recently, China overtook Japan as the 2nd largest box office destination in the world behind the United States.  Because of that, studios are scrambling to figure out ways to get pictures shown, which isn't easy.  The Chinese government is a censorship machine, so studios are getting creative in their approaches.  Marvel recently cut a deal for "Iron Man 3" by essentially buying off a distributor/production company and agreeing to film some of the movie inside China. Lionsgate chose to partner with The China Film group, another company that has significant political ties with the ability to get things done inside the country. The addition of the China market will certainly pay dividends both now for "The Hunger Games" and in the future with sequels.  Currently, "The Hunger Games" has grossed over $230 million overseas, and we wouldn't be surprised to see China add a significant bump to that total.

The Hunger Games Gets A June Release Date in China