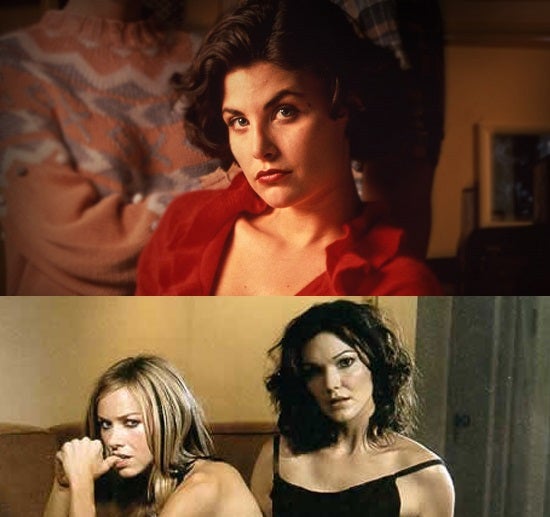 In a new interview with The AV Club, Twin Peaks standout Sherilyn Fenn revealed that the David Lynch film Mulholland Drive, which began its life as a TV pilot, actually started much earlier than that. The movie was originally planned to star Fenn's Twin Peaks character, Audrey Horne, as a standalone story outside of the confines of Twin Peaks. "The Audrey spin-off that would've come about, it really ended up being the original idea for Mulholland Drive," Fenn said. "That was either in between the first and second season or after the second season, but they were like, 'What if we did a movie, and it's Audrey in California?' And they talked about an opening scene of her driving along Mulholland Drive, and how she's a little bit older. Whatever it was going to be, it never ended up happening for me. But I was young, and I thought it sounded weird, because no one ever really did that. I was, like, 'Okay, but do people do that? Go from TV to a movie as the same character?' Then all those years later, David made the other one, and I didn't have anything to do with it." Of course, a handful of characters from Twin Peaks did go from TV to the prequel movie Twin Peaks: Fire Walk With Me as the same characters. And in today's increasingly connected media culture (with not just Agents of S.H.I.E.L.D. out there, but a number of similar projects planned), it no longer seems totally radical and implausible. Fenn would later return to a very Audrey Horne-like character in a Psych episode titled Dual Spires, which also starred fellow Twin Peaks alumni Ray Wise, Dana Ashbrook, Catherine E. Coulson, Sheryl Lee and others.