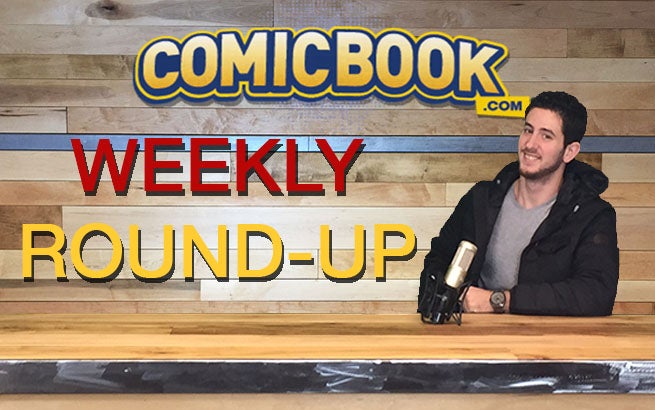 Hey everybody! Welcome back to the Weekly Round-Up! The new year is wasting no time on announcements and previews, we've some great news this week, so lets jump in!

This week Agent Carter premiered on ABC. Within that premiere, was one more. Before the show ended, viewers got their first look at a teaser trailer for Ant-Man which hits theatres and concludes Marvel's Phase 2 in July 2015.

Scarlett Johansson, who has expanded her repertoire by making herself into a female action hero in Marvel films and 2014's Lucy, will continue to grow her resume as she has joined the live action adaptation of the Japanese manga, Ghost in the Shell. According to the report, the film has not yet been officially greenlit, but Dreamworks head Stephen Spielberg, who is said to be a huge fan of the original film, is hoping Johansson's star power will help get things in motion.

After reports of Liam McIntyre appearing on the set of Flash surfaced, we here at Comicbook.com decided to reach out to sources from the show to find out if it's true and if so, why. After getting in touch, we confirmed that the show cast Liam McIntyre, the title character from Spartacus as the Weather Wizard for the 15th and 16th episodes of the first season. The Flash comes back from its midseason break on the CW, January 20th.

It was a big night for super heroes at the People's Choice Awards. A handful of movies and actors from the comic world were nominated for awards voted on by the people and some took home the prizes. The Flash won favorite new TV drama, and some of the other winners included Robert Downey Jr, Chris Evans, and Jennifer Lawrence. Although super heroes owned 3 of 5 nominations for favorite movie, that award was taken by Maleficent, but to cheer us up, we can remember Captain America help Betty White to the stage. That's a win.

So, you're all caught up. Three movies hit theatres this weekend, will be checking any of them out? We'll be talking about it in the Spoiler Room, so join us over there and let us know if Taken 3 lives up to the hype. Be sure to follow Comicbook.com to stay up to date.