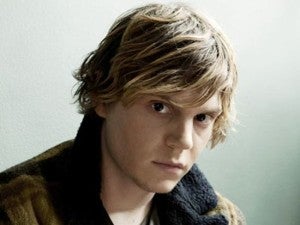 Quicksilver is one of the rare Marvel characters that will appear in both the X-Men and the Avengers movie franchises. However, different actors will be playing the Marvel character in the two different franchises since Disney owns the movie rights to the Avengers and Fox owns the movie rights to the X-Men. In a new interview with IGN, Evan Peters gave some interesting details on his version of Quicksilver. Because time travel is a big element in X-Men: Days Of Future Past, it was initially unknown which time period Quicksilver would be a part of. Peters confirmed that his version of Quicksilver would be part of the portion of the film set in the seventies. His character is described as being a "twitchy" teenager. "Bryan Singer has a lot of creative freedom on these X-Men movies -- he can do pretty much whatever he wants with them," said Peters. In regards to the possibility of fans reacting negatively to changes from the comic books, Peters added, "There's always that risk, but I think at the end of the day, you want to try to make the best movie you can. You kinda gotta go with your gut on that." The fact that Peters' Quiksilver exists in the past does open up the interesting possibility that the Quicksilver in The Avengers could be a future version of the same character, played by a different actor. However, it doesn't look like that will be the case, as Peters makes it clear that the X-Men version of Quicksilver will not be part of The Avengers. "Well, my character can't be in The Avengers," said Peters. "It's going to be a different one. It won't be me, it'll be someone else. But yeah, I didn't focus too much on it. I mean, what an amazing opportunity to be a part of X-Men. I'm gonna try to do the best job that I can and not let anyone down. That was pretty much where I was at with it. I just thought it was really cool to be a part of all the special effects stuff and the movies that I grew up loving. It's awesome." X-Men: Days Of Future Past is set to be released in movie theaters on May 23, 2014.

X-Men Days Of Future Past: Quicksilver Will Be A Twitchy, Seventies Teenager