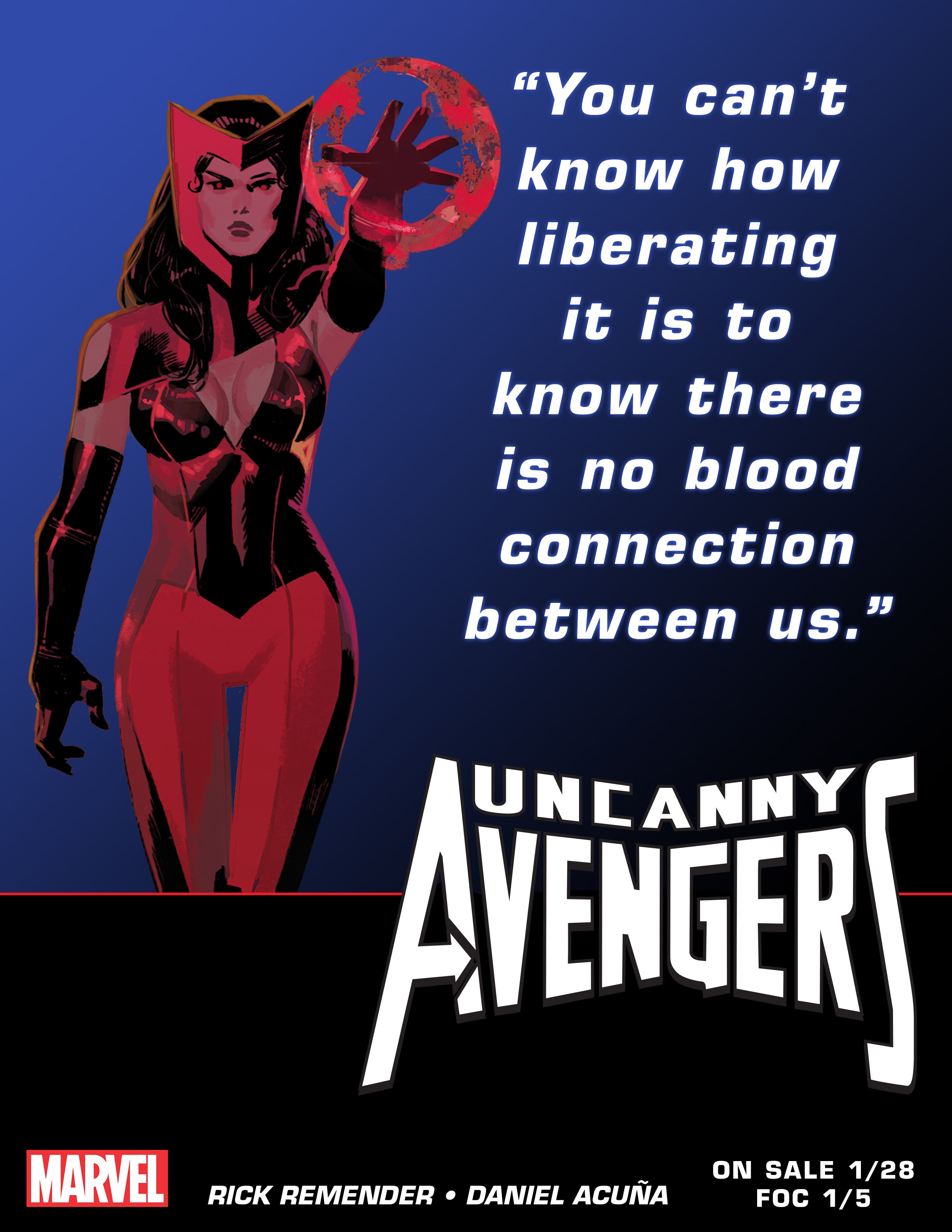 In a new teaser poster from Marvel, The Scarlet Witch feels liberated in the revelation that she is in fact, not Magneto’s daughter. The poster echoes yesterday’s teaser, which had Quick Silver, Scarlet Witch’s brother, share his own thoughts on the news.

Scarlet Witch and Quicksilver will headline the new volume of Uncanny Avengers, which spins out of Marvel’s latest event, "Avengers & X-Men: AXIS." Sabretooth, The Vision, and All-New Captain America will also headline the team's roster. The series is also expected to deal with the revelation that Scarlet Witch and Quicksilver are possibly Inhumans instead of mutants.

Marvel will most likely make it clear when Uncanny Avengers #1 hits shelves on January 28th, 2015.