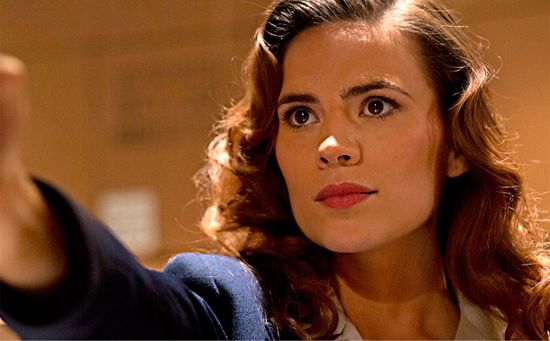 Describing the project as Marvel's biggest TV push of 2014, the British tabloid The Mirror is reporting that Hayley Atwell will be relocating to Los Angeles for six months to begin work on the rumored Agent Carter TV series. An anonymous source told The Mirror: "This is a massive deal for both Hayley and Marvel comic fans. It's Marvel's major project of 2014, and it will be a big budget production. Hayley is absolutely thrilled to have the opportunity and is incredibly grateful to Marvel fans who have basically been campaigning for a spin-off show for the past six months. It means moving to LA for six months but her friends and family are all behind her, and this is a huge opportunity." Rumors of an Agent Carter series first kicked off in September, when reports came out that the series would film in 2014 for a fall 2014 or 2015 premiere date, presumably on ABC (since it would make an obvious companion to Agents of S.H.I.E.L.D.). Shortly thereafter, Atwell ducked questions about the series by saying that, potentially, she would love to do it but avoiding any questions as to whether she'd been approached. 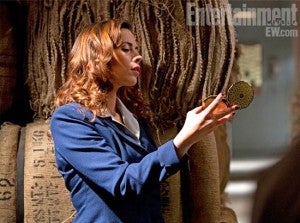 "The one-shot was so successful, the fan base were like, 'We want more of Peggy!'" Atwell said. "I think Marvel probably take that very seriously, and it's certainly something I would be a part of doing. I'd be interested to show different sides of Peggy. I think she could be a great role model and a great member of the Marvel Universe. I love the Marvel lot, they're really great people to work with, so it would be nice to go back and work with them again. I'd definitely do it." A report back in November that there is a second Marvel property being developed at ABC right now seemed to lend support to the earlier rumors. If the series does indeed go forward, it's not clear whether other cast members from the recent Agent Carter One-Shot short film will appear on the show, or if Atwell will be the sold holdover.

Jason Reitman Talked With Juno Writer About Reuniting for Ghostbusters