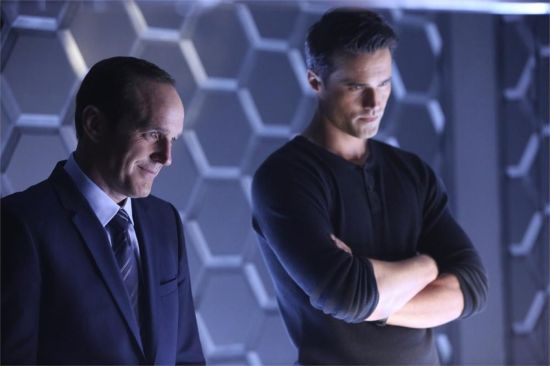 After "The Hub″ episode of "Agents Of S.H.I.E.L.D.," ABC aired a sneak preview of episode 8, which is called "The Well." Here's the description for "The Well": In the aftermath of the events chronicled in the feature film Thor: The Dark World, Coulson and The Agents of S.H.I.E.L.D. pick up the pieces -- one of which threatens to destroy a member of the team. Marvel's Agents of S.H.I.E.L.D. stars Clark Gregg as Agent Phil Coulson, Ming-Na Wen as Agent Melinda May, Brett Dalton as Agent Grant Ward, Chloe Bennet as Skye, Iain De Caestecker as Agent Leo Fitz and Elizabeth Henstridge as Agent Jemma Simmons. Guest stars in this episode include Peter MacNicol as Professor Elliot Randolph, Michael Graziadei as Jakob Nystrom, Erin Way as Petra Larsen, Toby Wilson as Neils, Alex Neustaedter as Maynard and Sylvia Brindis as Elena. "The Well" episode was written by Monica Owusu-Breen and directed by Jonathan Frakes. "The Well" episode airs on Tuesday, November 19 from 8:00 PM to 9:01 PM ET on ABC.