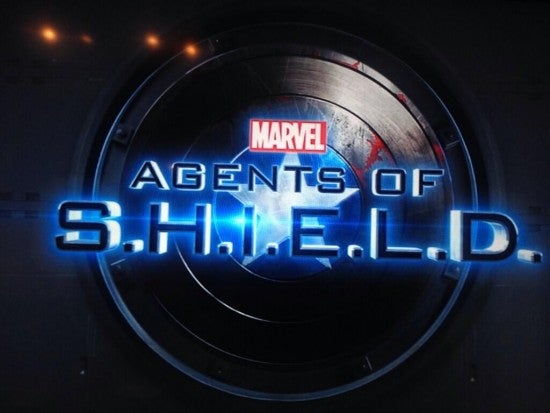 This article contains a rather big spoiler for the "Turn, Turn, Turn" episode of Agents of S.H.I.E.L.D. If you haven't watched the episode and would rather not know the spoiler, then stop reading now. Tonight's episode of Agents of S.H.I.E.L.D. ended with a pretty shocking twist and the apparent death of a major character. Is she gone for good? Let's discuss. Agent Hand got taken down by Agent Ward, who is now revealed (as suspected) to be the traitor in the midst of Coulson's team. But I still wonder if we're getting the full story. There are a few different possibilities here. It's possible that Ward has been working as an inside man for the Clairvoyant (now revealed to be John Garrett) the whole time. He killed the false Clairvoyant on Garrett's orders, he killed the guard and Agent Hand to free his boss. The end. We never exactly have this confirmed though. The closest thing we get to seeing, plainly, that Garrett and Ward are on the same wavelength is when Garrett very pointedly takes Ward aside on the Bus and – again, very pointedly – tells Ward that Agent Hand is the Clairvoyant (which the rest of the team believed at the time). In other words, Garrett is telling Ward to play along. But, if that's the case, then what was going on in that last scene? Garrett is celebrating and telling tales, but Ward is just staring at Hand's body as she bleeds out. Two guesses, largely fueled by the assumption that – since Brett Dalton is a series regular – whether good or bad on the inside, Grant Ward isn't leaving the show any time soon: he either has been working for Garret the whole time and/or is now playing double agent for Coulson. If Ward has been working for Garrett, it's possible that, now that he has some blood on his hands, he is starting to regret his decisions. This may largely be the effect of Skye on him (Garrett did note how different Ward seemed now that he has been around Skye in the previous episode). If this is the case then Hand is likely good and dead and I expect to see it be just one of many sins that Ward has to deal with during a lengthy redemption arc. If Ward is playing double agent, Hand's fate, in my mind, depends on whether he's doing it on Coulson's orders or not. We never see any direct confirmation from Garrett that Ward was his man all along, so it's possible that his sudden killing of Hand and the guards came as much as a surprise to Garrett as to anyone else. Ward has expressed anger at Coulson after Ian Quinn shot Skye, and maybe now he's jumping ship as a result. On the other hand, maybe Ward went with Hand and Garrett in order to infiltrate Hydra as Garrett's ally. Maybe he decided that killing Hand and the guards was the only way to solidify his allegiance in Garrett's mind. In that case, Hand may actually be dead and the question of whether killing her was worth it or not will certainly be brought to Ward at some point. Ward and Coulson did share one last look before Ward left the Bus behind. This could, again, hint at the tension between the two that fuels Ward's decision to defect. Or, it could hint that Coulson sent Ward to infiltrate Hydra. If so, Hand was likely in on it. It did seem a bit odd that she was so quick to go back to her "kill now, ask questions later" morality after realizing how close she came to making a mistake with Coulson. She practically set up Ward for the punch line. If this is the case, then Hand is likely still alive. That kind of sacrifice isn't Coulson's style. Of course, I have no idea how she would survive, since that sure didn't seem like an icer Ward was firing and he put two more into Hand after she fell, but that's what magical, science fiction technology is for, right? Right now, I'm on the fence. Based on what we've seen, she sure looks dead. That I can believe. Ward turning into a complete, fulltime villain? That's where I'm struggling. The bigger question in my mind is whether or not we'll know for sure by the time the season ends.