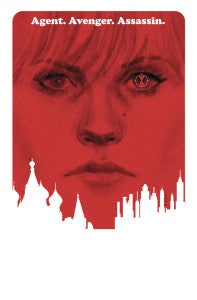 When a fan asked today about the possibility of a Black Widow movie at the Cup o' Joe panel at New York Comic Con, Marvel Chief Creative Office Joe Quesada indicated that Marvel is eager to get a female-led movie on the big screen--and that fans should keep an eye on Marvel's TV universe for clues. After telling the fan to keep an eye on 2014's Captain America: The Winter Soldier, in which Black Widow and Agent 13 are both expected to play major roles, Quesada added, "And keep your eyes to the TV for even more possible headlining women heroes." He could, of course, be talking about Marvel's animated block on Disney XD, but in all likelihood it's the Marvel Cinematic Universe-set Agents of S.H.I.E.L.D. Both Agent 13 and Black Widow--as well as Hayley Atwell's Agent Carter, rumored to be getting a TV series of her own, are in the employ of Marvel's super-spy agency. Of course, so (often) is Jessica Jones, who hasn't been seen yet in the movies or TV, but who has frequently been discussed as a potential lead in her own series or movie.

Agents of S.H.I.E.L.D. May Feature Female Marvel Hero Headed For the Big Screen